Richard Newman graduates from MINI CHALLENGE Cooper to JCW for 2019 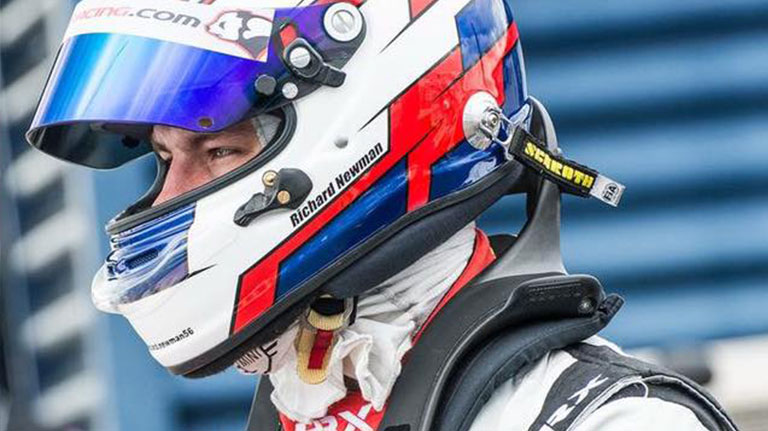 Richard Newman graduates from MINI CHALLENGE Cooper to JCW for 2019

The 22-year-old from Blackburn will enter his third season of MINI racing, having marked himself out as one to watch in the naturally aspirated Cooper Class over the last two years.

During his maiden campaign in 2016, he recorded five podium finishes – including a brace of rostrum places on his car racing debut – to finish sixth in the points. Last season, Newman went one better, securing fifth in the Cooper Pro Class with four podium appearances along the way. He ran with EXCELR8 for both years.

Prior to moving into MINI racing, Newman was twice a champion in Manchester and Buxton Kart Club’s Rotax Max Championship – celebrating the title in both 2015 and 2016.

Newman will stick with EXCELR8 and graduate to handling a 265bhp turbocharged JCW, and is the fifth driver to be confirmed with the team.

“I’m really excited about this season,” said Newman. “Although I know it will be a big step I believe in aiming high and I can’t wait to get started in the JCWs, where I know you have to be on it in every session to succeed.

“I learnt a lot from my two years in the Coopers, but when you test the JCW you realise that the MINI badge is basically the only carry-over between the two cars – the JCW really is that different to drive.

“The foundation of my career was karting – I’ve been racing since I was 13 years old – and that taught me a lot about racecraft and close competition, and the Coopers reinforced that. The JCW is another step on, with much more power, a limited-slip differential, three-way adjustable dampers and a sequential gearbox. There’s a lot more to understand with the car because it’s far more complex, but brilliant fun to drive.

“This year will be a learning year. The JCW grid tends to be larger, busier and there’s also a step up in professionalism I think, which makes it an all-round tougher challenge. My aim is to be consistently fighting inside the top 10, and if some chances for a podium or two arise then I have to be prepared to take them. But ultimately, any weekend where I’m able to learn something new I will consider as success.

“This is the first season in a two-year plan for me with the JCWs, and I’m already aiming to be back on the grid for the MINI CHALLENGE’s first season as a British Touring Car Championship support series in 2020, which will be a great chance to shine for every driver. My aim is to get fully up to speed this year ahead of the 2020 campaign.”