Northern Highlights to Spur on EXCELR8 Duo at Croft 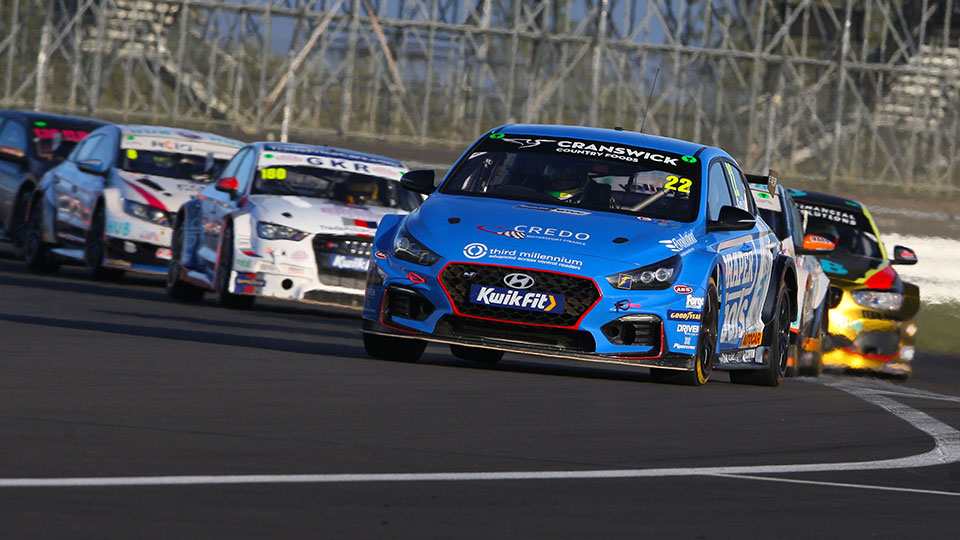 Northern Highlights to Spur on EXCELR8 Duo at Croft

The countdown begins in the British Touring Car Championship with just three weekends left of an enthralling 2020 that has seen the EXCELR8 Motorsport team reach new heights and far outweigh the achievement of their maiden 2019 campaign.

This weekend we head to Croft, Yorkshire’s premier destination for the top Touring Car series in the country. For Driffield’s Senna Proctor, the circuit marks his local event and will be determined to put on a good show for his supporters who will be eagerly watching the Live ITV coverage at home.

It will be a happy hunting ground for Chris Smiley as well. The Northern Irish driver picked up his best result of 2019 at the circuit. Recording a second place finish in race one of the weekend. The pair will be determined to repeat their successes as they fight for more trophies.

First established in 1964, Croft underwent significant upgrades in 1997, at which point it became a regular feature on the BTCC calendar. It has remained a beloved feature until today offering a unique challenge with its high kerbs and fast flowing corners.

Last time out at Silverstone the team found success in the third race, with Senna Proctor guiding the Hyundai i30 Fastback N Performance to its fourth top six finish of the year. In a race that was red flagged due to Rory Butcher’s crash, Proctor battled to become one of the biggest winners of the restart, scything his way through from tenth place on the grid to finish fourth in the independents.

For Proctor, this gives him the motivation to carry on that momentum to his home circuit. A connoisseur of the 2.1 mile layout already, Croft was the only circuit in which he finished in the points during all three races in 2019. All the signs point to a golden weekend for the 22-year-old.

He was not the only Draper Tools-sponsored driver making waves in Northamptonshire as Smiley put on a show throughout Sunday, gaining places in every race. His skills were exemplified in the morning’s first race at Silverstone in which he jumped six places from his qualifying position, the equal most of any driver that race.

Further points finishes for both cars ensure they enter the seventh round of the season seventh in the Teams’ Championship.

It has been a rollercoaster ride for the team in 2020, bringing in new technical staff, two new drivers and for the first time in BTCC history, Hyundai with their newly built i30. In doing so, the team has gone from strength to strength, developing from an outfit aiming to score points to one who has proven a podium threat.

Already this year, the team has picked up a maiden reverse pole, maiden podium (both Independents and Overall) and multiple double-top ten finishes.

Speaking about her team’s chances ahead of the weekend, Justina Williams said;

“I’m glad to be back here at Croft as we prepare for the final push in the championship fight. EXCELR8 Motorsport has made a multitude of major improvements this year and with a top three in the Independents championship and top five in the Teams’ Championship still a viable goal for our talented engineers, I’m confident we can work together to achieve it.

“There will be a lot of positivity amongst our drivers as well this weekend, not least from Senna, who will be hoping to put on a performance on home turf, continuing that momentum he displayed at Silverstone. For Chris too, this place will bring back many happy memories from the previous season’s podium and I’m confident he can translate it into a promising result.”

The track action begins on Saturday 10th October, with qualifying on the ITV Hub at 14:55, while all three races can be caught live on ITV4.