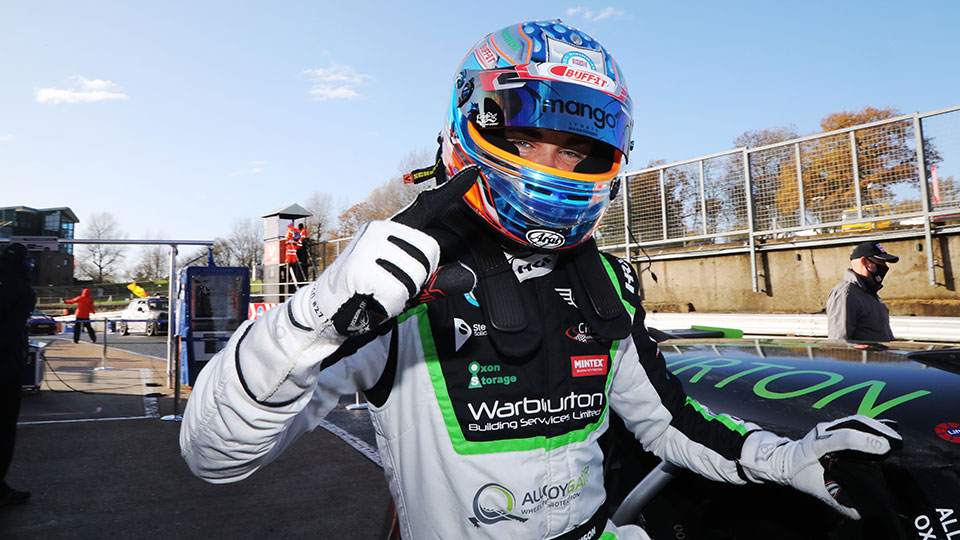 As the anticipation grows for the start of the 2021 season, EXCELR8 Motorsport look back upon the great success that came from a unique 2020 in which we adapted and thrived in new and unfamiliar environments.

Founded in 2010, EXCELR8 hit the ground running upon their entry to the MINI CHALLENGE. Now, ten years later, the Suffolk-based team have amassed an unprecedented 27 Championship Winners Trophies across a variety of classes and eras.

2020 will go down in history for many reasons, though for the team it represented a new challenge as they brought their MINI expertise to the biggest stage in British Motorsport, supporting the British Touring Car Championship. In doing so, it united the team with their fledgling BTCC outfit that went from strength-to-strength over the long winter of preparation.

In only their second year of competition, the BTCC team, led by race winners Chris Smiley and Senna Proctor proved to be a regular top ten challenger as they debuted the Hyundai i30 Fastback N Performance competitively in Great Britain. Despite the pandemic reducing testing time, the engineers and technical staff, worked diligently to perfect the new machine that brought instant gratification with Smiley securing the team’s first podium and reverse grid pole at the first weekend of the season.

Success would follow them throughout as two more reverse grid poles and a denied front row start at Croft, were accompanied by another second-place finish at the Knockhill circuit. Their consistency was testament enough, with the team ending just their second year in the BTCC inside the top five of the Independents Teams Championship.

Now partnered with Trade Price Cars, EXCELR8 has made waves in the new year, signing 2018 vice-champion Tom Ingram to help lead their charge to the front.

There was plenty more to celebrate at the closing round of the TOCA package, as all eyes turned to Nathan Harrison in the MINI CHALLENGE. A multiple race winner in the category, Harrison, a BRDC Rising Star secured the JCW Trophy, with his EXCELR8 teammate and fellow Rising Star; Dan Zelos finishing as runner-up. Despite missing out on the overall crown, Zelos would also secure the JCW Graduate Cup title finishing 40 points ahead of his nearest rival.

On top of the Overall and Graduate titles, the team were delighted to guide Isaac Smith to the Rookie Cup, as the Yorkshire youngling recorded an overall win to boot. A demonstration of the team’s capabilities, it was no surprise to see the crew rewarded with the ‘MINI CHALLENGE Top Team Award 2020’ having snatched all but one of the Cups in the JCW.

The team were an ever-present force, bringing home four overall wins and six fastest laps, breaking records in the process.

It wasn’t only the JCW that gifted silverware to EXCELR8 in the MINI CHALLENGE as Josh Porter and Leonardo Panayiotou proved pack leaders in the ultra-competitive Cooper Class. In a year that saw over ten drivers in the fight for the title, EXCELR8 recorded 1 win and 6 further podiums, with Porter finishing runner-up in the Graduate Cup.

Demonstrating success across three classes of racing, EXCELR8 have not only established themselves as one of the UK’s most prestigious outfits, but also built a trusted pathway for aspiring young drivers who wish to take their first steps in the MINI CHALLENGE Cooper Class, working them up to the BTCC outfit.

This pathway was sealed last year with the introduction of the EXCELR8 BTCC Driver Development Academy for young JCW stars who met the qualification criteria. Dan Zelos would become the first driver to sign for the programme that will see him developed on the path to taking a frontline BTCC role in the coming future. The 22-year-old has been active member of the British Motorsport scene for six year, culminating in his Graduate Cup title in 2020 in the JCW Class, taking a podium in over half of the races throughout the year.

The EXCELR8 team is eager to kick off 2021 on the same footing, continually pushing the boundaries and exceeding expectation in front the country’s top competition.