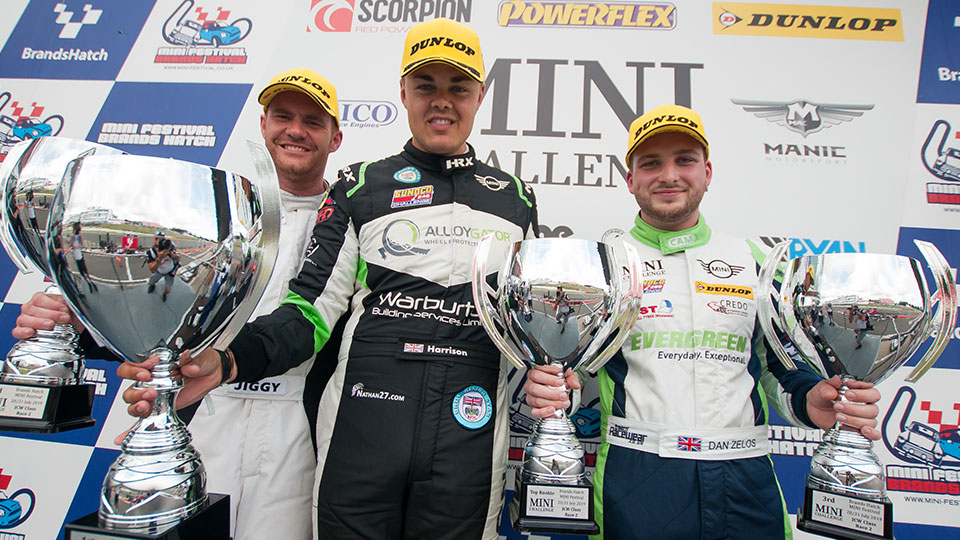 Three-time MINI CHALLENGE JCW vice-champion Nathan Harrison will make a spectacular return to the premier feeder series for the British Touring Car Championship. He will re-join the EXCELR8 Motorsport team as he looks to secure the MINI JCW crown.

As one of the series top drivers, Harrison will undoubtably be a favourite to clinch the title this year, showcasing his skills in front of the TOCA package, as MINI’s are exposed to live coverage on ITV4 throughout the season for the first time.

At just 23, Harrison brings not just a wealth of experience, but the tenacity of youth to the field. Joining the vastly experienced team, EXCLER8 have previously won the title with Luke Caudle and Chris Knox, twice, expanding their line-up to seven F56’s for 2020.

Like many young drivers he first found success in karting, rising to prominence in 2009 after securing the Super One Series ABkC MiniMax Championship, before finishing runner up in both the Super 1 National Rotax Max Junior and the Rotax Max Euro Challenge – Junior class, two years later.

Moving to the MINI CHALLENGE in 2015, he instantly found his feet and was crowned champion in the Cooper Class during his rookie season; winning on debut and picking up nine further victories on his way to the title. Progressing quickly, he moved to JCW’s in 2016, where he was an instant championship contender, racking up a further eleven podiums and finishing the season as vice-champion.

“It was a last-minute call again to raise the budget but thankfully we’re back in the series! I can’t thank Alloygator Wheel Protection, Warburton Building Services and Mintex Brakes enough for their support.”

After a season racing in the Renault UK Clio Cup, Harrison returned to JCW’s again finishing runner-up, behind 2020 Jamsport driver Ant Whorton-Eales. Harrison brought his MINI win tally up to 19 in 2019, concluding the year with a back-to-back victories at Snetterton. He is hoping to carry over the momentum as the JCW’s prepare for the first round.

“We’ve been with EXCELR8 for the past two seasons and we’re just part of the family now. I was happy with the car and crew last season so there was no need to look elsewhere. I’m aiming to repay them with a championship this year.”

“We know the car, so we’re experienced on that front. The racing is always slightly different every time though. You’ve got fast drivers progressing through the ranks and now we’re on the TOCA package, it is going to be the hardest year for competition. With names such as Max Coates, Ant Whorton-Eales, Dan Zelos and others, there will be some extremely good and close racing, which I know we all like to see.”

“I don’t think it’s going to be easy at all. The target this year is obviously to win it, but it’ll be hard, so we’ll just take it race by race and we’ll see where we are at the end.”

The 2020 Quaife MINI CHALLENGE JCW championship kicks off at Donington Park on the 28th March.