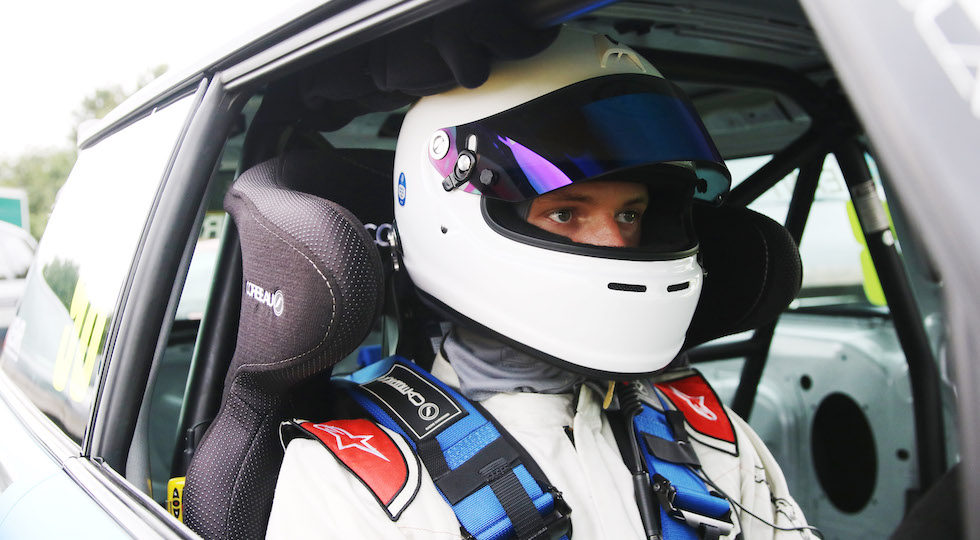 Jonny Sargeant will hope to take steps up the pecking order in 2022 after confirming plans to return to the Quaife MINI CHALLENGE Trophy for a second season.

The 23-year-old joined the grid last year with EXCELR8 Motorsport as a complete racing rookie, with no prior on-track experience prior to signing up to compete in the Cooper class.

The highly competitive nature of the series meant Sargeant was faced with a steep learning curve on track, and after a trouble free start to his campaign at Snetterton, the challenge increased when illness forced him to miss the second meeting of the year at Thruxton – robbing him of valuable time on track.

Undeterred, Sargeant returned to action at Brands Hatch and secured his maiden top 20 finish and would work hard across the year to make the most of the knowledge and experience of the team around him.

The highlight would come on the return to Thruxton where – despite missing the earlier meeting at the fastest circuit on the calendar – Sargeant enjoyed his strongest weekend on track, with his best qualifying result of the year being followed by three top 20 finishes.

With a year of racing now under his belt, Sargeant will go into his second year in the series keen to continue learning alongside the EXCELR8 squad with his aim being to regularly fight towards the middle of the capacity field.

“I’m very happy to re-sign with EXCELR8 for a second season in the MINI CHALLENGE Trophy, as they offered me a huge amount of support last year and helped me both on and off track,” he said. “That was hugely important for me as a complete rookie, and I was able to learn a huge amount across the season.

“The racing was hard, but it became more and more rewarding as the season went on and my pace and results improved. Now I have experience of the car and the circuits, I hope that I can hit the ground running when we get to round one, and keep improving during the year ahead.

“My aim would be to try and fight towards the middle of the field.”

Team Owner Justina Williams welcomed Sargeant back into the fold for a second year and said she was eager to see how how he can progress further in 2022.

“We’re really pleased to welcome Jonny back for a second season as he was a pleasure to work with in 2021,” she said. “Coming into the MINI CHALLENGE Trophy as a complete rookie, he was well aware that he was stepping in at the deep end and the way he approached the season was very impressive.

“Jonny was eager to learn from the team so that he could improve and move forwards, and the progress he made was very encouraging. With a year of experience behind him, it will be interesting to see how far up the order he can climb during the year ahead.”