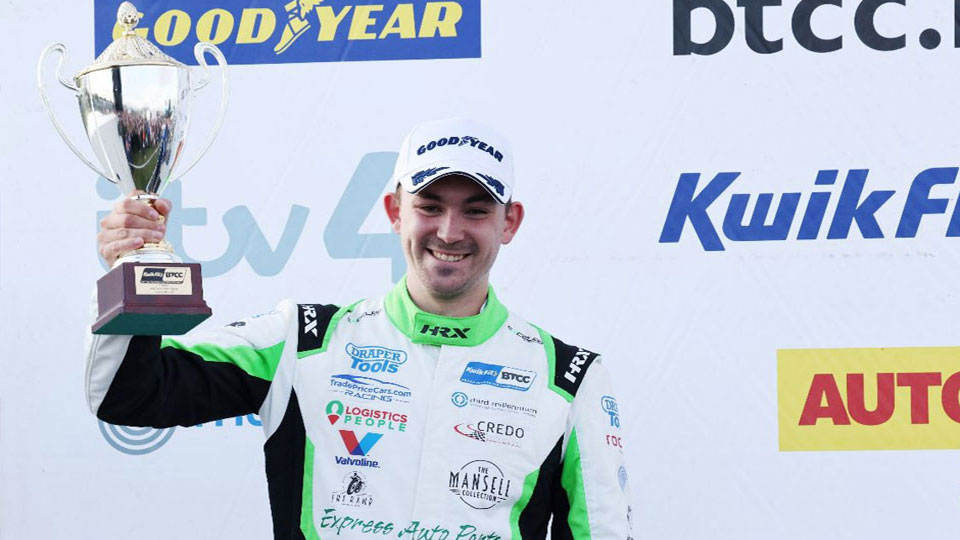 EXCELR8 Motorsport can today confirm that Jack Butel will remain with the team for the 2022 Kwik Fit British Touring Car Championship season.

Jack joined forces with Suffolk-based EXCELR8 last season for his second year in Britain’s premier racing series, having been given an unexpected chance to move into touring car racing twelve months earlier.

Prior to that, the Jersey-based racer had primarily competed in single-seaters and sportscar racing, racing in the likes of British F4, British GT and the Lamborghini Super Trofeo series.

Forming part of EXCELR8’s expanded four-car programme during the 2021 campaign, Jack made huge strides forwards over the course of the year as he became increasingly comfortable behind the wheel of the Hyundai i30 Fastback N.

Having shown flashes of speed in the early rounds, Jack equalled his career best BTCC finish at Knockhill and then followed that up with a double points score in the next event at Thruxton – where a hat-trick of top 20 finishes saw him secure Jack Sears Trophy honours.

An unfortunate incident in the penultimate event of the year at Donington Park that resulted in concussion brought Jack’s season to an early end, but having made a full recovery, the 25-year-old heads into the new campaign – the first of the BTCC’s hybrid era – keen to build on the progress made in his first year with the team.

Still eligible for the Jack Sears Trophy, which is open solely to drivers without an overall BTCC podium finish, Jack – who is backed this season by FEBI Bilstein, BluePrint and Platinum Batteries – will hope to challenge for championship honours from the moment the new campaign kicks off at Donington Park in late April.

“It’s very exciting to be returning to the BTCC for a third season, and to be staying with EXCELR8 for another year,” he said. “After joining the team last year, I made huge steps forwards so it’s fantastic to now have the opportunity to build on everything I was able to learn in 2021.

“The fact that I know the car and the team – and they know me – is something that can only be beneficial, and I feel confident going into the new season as I aim to fight for the Jack Sears Trophy title.

“Having three amazing team-mates in Tom Ingram, Tom Chilton and Dan Lloyd means I will have a wealth of experience alongside me in the garage and that can only help me in my bid for silverware this season.

“I’m confident we’ll hit the ground running when we get to round one and although the new hybrid systems will be something we all have to learn, I’ve been thrown in at the deep end before in touring cars when I was called up for my debut season at the last minute, so I have experience of having to adapt quickly.”

Team Owner Justina Williams said she was pleased to retain Jack as part of the EXCELR8 line-up for a second season.

“We’re delighted to be able to confirm that Jack will be back with us again this season on the back of an encouraging year in 2021,” she said. “He made huge strides forwards as the year went on and his race pace in particular in the second half of the year was hugely impressive.

“At times he was on a par with Tom [Ingram] pace wise which is no mean feat, so I think Jack can go into the new season feeling confident about what he can achieve this year. The Jack Sears Trophy is clearly something that we’ll be working towards, but I also think he can expect to challenge for points finishes on a more regular basis during the year ahead.”