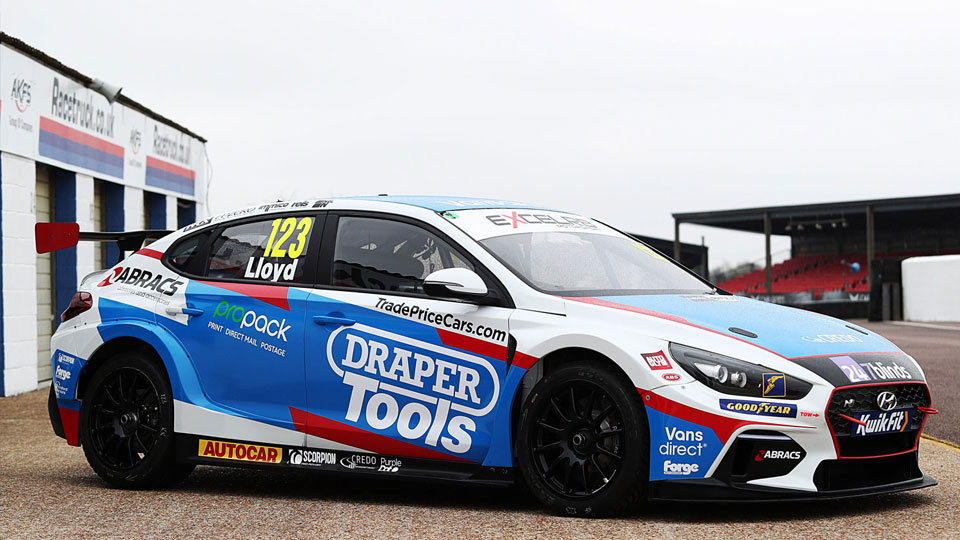 EXCELR8 can today confirm that it has agreed a deal with long-time partner Draper Tools that will see the company continue in a primary sponsor role for the next three years.

Hampshire-based Draper Tools has been a key part of EXCELR8’s British Touring Car Championship programme since 2019, when the team made the move into Britain’s premier racing series for the first time.

The new deal will therefore take the partnership between the two parties to an impressive six years; a period of time almost unrivalled in the BTCC paddock.

Initially running the ex-works MG6 GT to learn the ropes, EXCELR8 has taken massive strides forwards over the last two years following the introduction of the all-new Hyundai i30 Fastback N into the series, and made it to the top step of the podium for the first time in 2021.

Heading into the upcoming season with three established race winners as part of its four-strong line-up, EXCELR8 enters the BTCC’s new hybrid era amongst the expected contenders for championship honours, with hopes high of building on the impressive results gained last year.

As has been the case for the past three years, Draper Tools will play a key role in EXCELR8’s bid for success, with the team making use of Draper’s extensive product range to prepare and run the touring car programme both at the workshop and trackside at each of the ten race meetings.

Whilst the company will appear on all four EXCELR8-run cars on the grid this season, Daniel Lloyd’s #123 entry will feature the most prominent Draper Tools backing for what will be his first year with the team.

The new BTCC season kicks off at Donington Park later this month.

Justina Williams – EXCELR8 Motorsport team owner – said:
“We are absolutely delighted to announce an extended partnership with Draper Tools, and it is fantastic to know that we can count on their continued support heading into a new era for our touring car programme.

“Despite the challenges we have all faced as a result of COVID-19 in recent times, the support we have had from Draper Tools has been fantastic and our relationship has gone from strength to strength.

“To extend that relationship for another three years shows how successful this partnership has been for both parties, and I’m very confident that there will be plenty more success to come over the next three years.”

Kev Smith – Draper Tools marketing director – said:
“We’re delighted to confirm the extension of our partnership with the EXCELR8 team as they head into a new season looking stronger than ever.

“We continue to be impressed with the team’s hard work and progress every year since the partnership began. Just like us here at Draper, they’re determined and committed to strengthening what they do.

“We’re grateful for all the support from the team and the positive feedback from the BTCC community. The whole partnership has brought about so many opportunities for us and we can’t wait to see what the 2022 season has in store.”