Excelr8 aiming to ride the high for brands feature 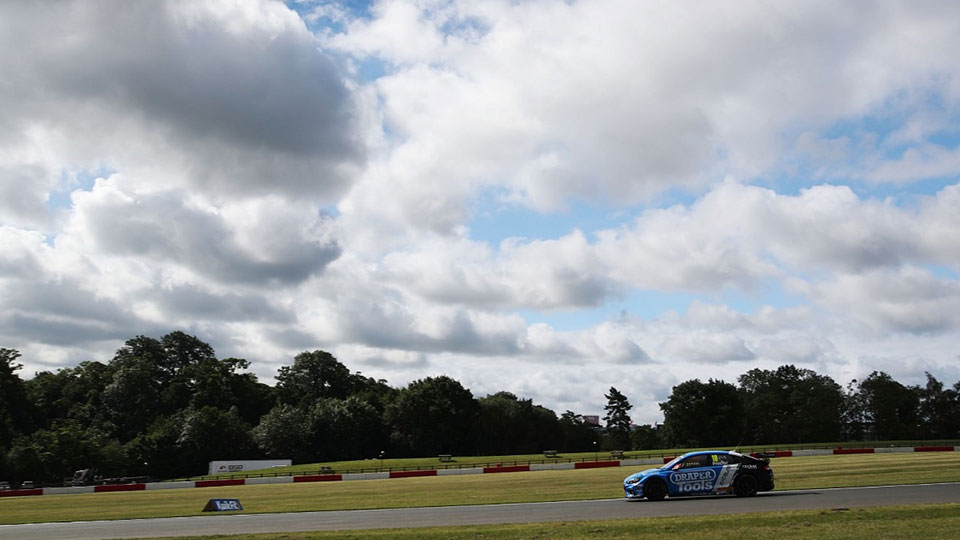 Excelr8 aiming to ride the high for brands feature

As quickly as we had finished the last Kwik Fit British Touring Car Championship weekend, we’re back for a second, as EXCELR8 Motorsport gear up for the second round at Brands Hatch (8/9 August).

Riding high off the back of their Donington Park success, the Suffolk-based team had a breakthrough weekend, in which they recorded a maiden independents podium, reverse-grid pole in race three and most memorably an overall podium to conclude the spectacle.

Preparing for yet another weekend of excitement, the EXCELR8 squad will be looking to establish themselves at a circuit where they made their debut last year. A top twenty result on their first weekend was a strong start to 2019 and driver Rob Smith would only improve on it during the teams second outing. Chris Smiley and Senna Proctor will be looking to do similar with the Hyundai i30 Fastback N Performance, striving to go one better than the second place Smiley achieved at Donington.

At 2.43 miles in length, Brands Hatch GP circuit is one of the UK’s fastest and longest circuits, with the GP loop having a rich history of hosting DTM, the World Sportscar Championship and most famously, the Formula 1 British Grand Prix sporadically from 1964 to 1986. The undulating nature of the circuit ensures it remains a competitor and fans favourite and a prestige to win for any BTCC driver.

Nestled in the Kent countryside on a natural bowl of land, BTCC will be using the longer Grand Prix loop usually reserved for the season finale. Late changes to the calendar have meant the shorter Indy circuit will instead conclude the season, resulting in a new challenge for many of the field, racing through the forest during the hot summers noon.

Brands was the site of Senna Proctor incredible maiden victory in 2018 in which the now 21-year-old mastered the wet conditions in a drive from 27th to 1st. Weather is set to be slightly drier, but overnight showers could yet see Proctor repeat the success he has been known to produce.

It was a tough first weekend at EXCELR8 for the Yorkshireman, twice running in positions that could have gifted him points, if not for bad luck. His pace though was been very much proven, where he gained the most places of any driver in race three, only falling short in the closing laps. It was a drive that proved the Third Millennium-sponsored machine meant business and will be a threat for top tens.

Another driver equally looking to move forward is Chris Smiley. The Northern Irishman secured only his second pole position at Donington and carried the team’s momentum. Sitting seventh in the championship, Smiley sits a mere 16 points behind points leader and defending champion Colin Turkington, ensuring everything is open in the battle for top spots.

Thanks to Smiley’s points, the Draper Tools-sponsored Hyundai recorded over seven-times the amount of points the team scored all last year. Smiley, who also sits third in the Independents drivers’ championship will be gunning for further success as the team look to improve on their third place in the teams’ Independent standings.

“We were over the moon after last weekend’s result; a podium was a fantastic conclusion to all the efforts our team have put in over the winter and in recent months. We now want to carry that momentum forward to this weekend and we’re hoping the back-to-back events help that.”

Sunday’s racing action can be caught live on ITV4, displaying to viewers across the nation, with Qualifying available online on the ITV Hub for fans to tune in to.

“It was great to get back racing after so long and is justifying for all the sponsors and supporters who stood by us. Donington repaid the faith we put into Chris Smiley to help bring this team forward and between him and Senna Proctor I am confident we’ll be standing on the top step soon enough. Brands will provide a different type of challenge for us, but I am confident in our team to prove it wasn’t a one-off.”