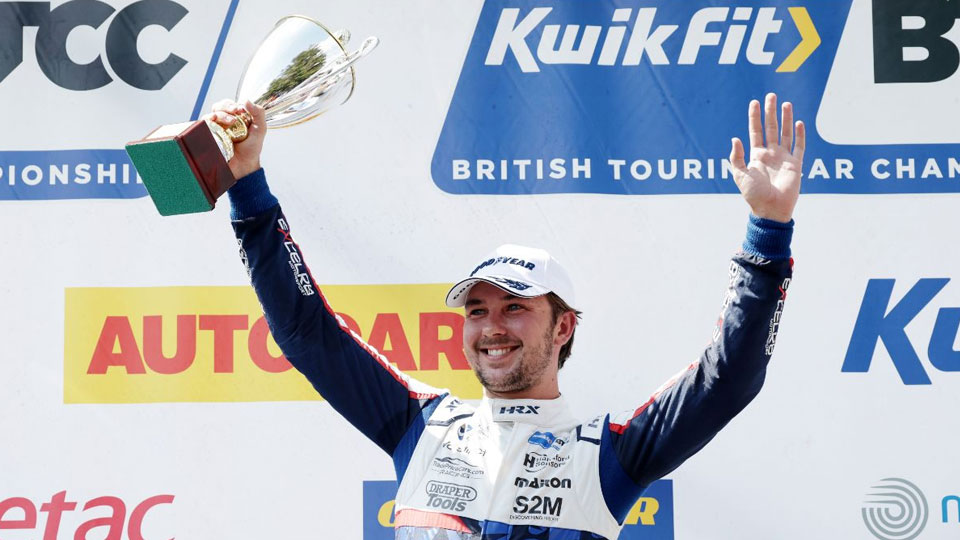 The Suffolk-based team made the short trip to its local circuit hoping to replicate the front-running form that saw it take victory at the venue last year, with the four-strong line-up of Tom Ingram, Tom Chilton, Daniel Lloyd and Jack Butel confident of their chances on track.

Sweltering conditions would make the weekend a huge challenge both on and off track, but things started well in practice, with Ingram setting the fastest time across the two sessions and Lloyd going fourth quickest as he looked to rebound from a tough outing at Knockhill in the previous meeting.

Chilton was also inside the top ten as the Hyundai i30 Fastback N showed strong pace whilst Butel overcame handling issues that hampered his running in the opening session to end FP2 hopeful of a solid run in qualifying.

The session later on Saturday afternoon saw Ingram leading the team’s challenge in fourth spot as the fastest front-wheel drive car, with a penalty for Stephen Jelley seeing him then moved up to third on the starting grid.

Chilton would qualify in ninth spot, although Lloyd was unable to replicate his practice performance as he had to settle for twelfth. Butel’s fastest laps of the weekend saw him take 20th spot.

After a precautionary engine change overnight, Ingram made a strong start to race one to jump up into third spot and would hold his position right through to the finish after fending off the challenge of Adam Morgan’s BMW.

Running in the midfield pack, Lloyd would finish where he started having found himself part of a train of cars dicing for the lower reaches of the top ten, whilst Butel was running inside the top 20 before being forced wide by the Infiniti of Dexter Patterson, dropping him back to 22nd.

Unfortunately for Chilton, his race – and his weekend – would come to a premature end when a small part failed going into turn one and caused terminal damage to his engine, putting him out of the remaining two races.

Race two would once again see Ingram bring his car home in third place having held station throughout behind the two leading BMWs, whilst Lloyd was able to move up a spot into eleventh before finding himself baulked up being the Vauxhall of Ash Hand.

Running at a similar pace, Butel climbed up to 19th place to leave him in a position to push further forwards in race two.

Ingram lined up in seventh place for the reverse grid final race and was able to make up two places on the opening lap before moving up into fourth when he got ahead of Dan Rowbottom’s Honda on lap five. Putting pressure on Ricky Collard for third, Ingram took the spot on the final lap exiting Agostini only for the Toyota driver to barge his way back through at Oggies.

Whilst that meant he crossed the line in fourth spot, Ingram would later be promoted onto the podium when Collard was handed a penalty.

Having been roughed back to 14th in the early stages, Lloyd was able to stay out of trouble to bring his car to the finish for a third top twelve finish of the weekend, although there was frustration for Butel when an engine issue caused by the high temperatures forced him to retire when running inside the top 20.

The team now returns to Thruxton in Hampshire for the eighth meeting of the year in two weeks time.

Tom Chilton, #3, said:
“I think that is a weekend that can only be summed as ‘what might have been’. We enjoyed the strongest Saturday I’ve had this season and were inside the top ten in every session, and I went into race day feeling really confident about fighting for my best results so far.

“I got away well off the line in race one but going into turn one, a clip threaded itself and it blew the engine. Unfortunately, that small part meant it was game over for me because as good as the team is, there was no way they could get the replacement engine all prepared and fitted. The only bonus is I was able to get away early and beat the traffic!

“It’s a massive shame because we haven’t got a result, but at the same time we had a car that was fast this weekend – we were one of the quickest front-wheel drive cars on track. Rather than being downbeat, that leaves me confident that we can go to Thruxton next time out and be strong.”

Tom Ingram, #80, said:
“I think this is a weekend where we have maximised what we could from it, and I don’t really feel we could have expected much more given the pace of the BMWs. I’m really pleased to be coming away from the weekend with three podium finishes and it’s been a very ‘pointsy’ meeting that has paid off quite well for us.

“It’s a shame that we weren’t able to score enough points to outdo Colin but we’re only 15 points behind and that means we are right in the mix with three meetings still to go. From here we go to Thruxton which is a circuit where we have gone well before, so we just need to take what we have learned here, do our homework and see where we end up.”

Jack Butel, #96, said:
“We were really on the back foot after shakedown and FP1, but the team got the car sorted for FP2 and from that point on, we showed really strong pace. I was pleased to get into the top 20 in qualifying as that put in a position to try and push forwards and we were on for a strong result until the contact with Dexter.

“Pushing forwards to get into the top 20 in race two was good and the car felt quick, which left me confident going into race three. It’s unfortunate that we didn’t get to benefit from the pace in the car and had to retire and it certainly doesn’t reward my team for the work they put in this weekend in really challenging conditions.”

Daniel Lloyd, #123, said:
“Unfortunately we went wrong a bit on set-up on Saturday, and although things looked promising in practice, we struggled in qualifying and it left me in a tough place for race day. Being back in the pack when it is as warm as it has been brings a lot of challenges because the engine starts to run hot when you are in traffic, and everyone was having to try and nurse their tyres to deal with the heat which meant there wasn’t much overtaking.

“It was a bit frustrating at times being sat there in the train of cars but I wasn’t going to do anything stupid in the position we were in, and it’s a shame that we missed out on the reverse grid for the final race as that could have meant race day was a different story as the car we had there felt mega – we just weren’t in a position to show it.

“Huge credit has to go to the team this weekend because they’ve worked really hard in difficult conditions, and their effort was massively appreciated.”

Justina Williams, Team Owner, said:
“Although we’d have loved another win, three podium finishes is a good return from our home weekend in what have been some of the most challenging conditions I think we’ve ever raced in as a team.

“Everyone in the has done a fantastic job in the heat to maintain our title challenge and the pace we have shown again has been very promising. Obviously it didn’t go completely to plan and it’s a shame that Tom Chilton had his issue which is something we’ll now sort out back at base, and then we can prepare for Thruxton in a few weeks time.”