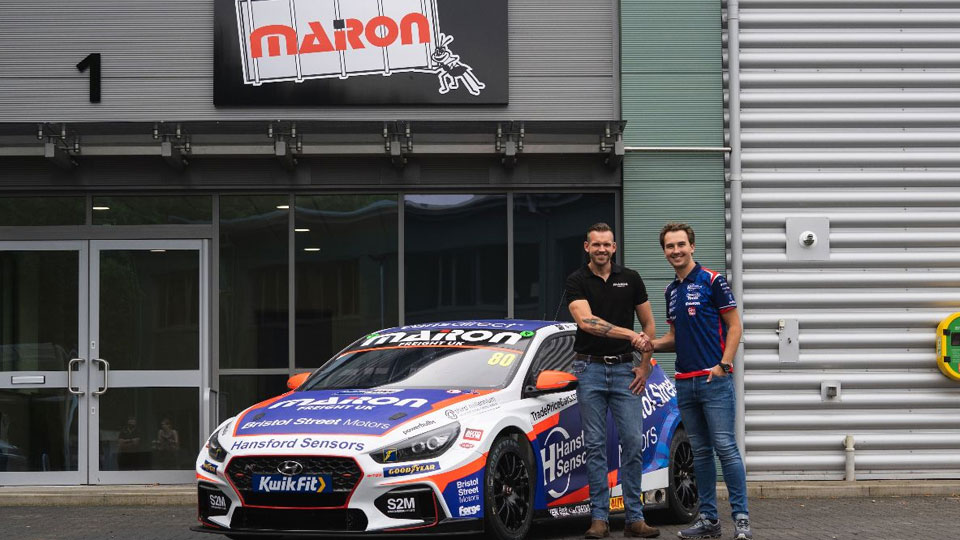 Bristol Street Motors with EXCELR8 TradePriceCars.com can today confirm that it has agreed an extension of its partnership with Mairon Freight UK for the 2023 Kwik Fit British Touring Car Championship season.

Having first joined forces last season, the partnership between the title-chasing team and the hugely successful freight management business was expanded this year – with Mairon Freight UK taking on a primary sponsorship position on the cars being raced this season by Tom Ingram, Tom Chilton and Dan Lloyd.

Founded back in 1998, Mairon offers freight movement services by road, sea and air has expanded beyond its main base in the UK to become a truly multi-national operation – with offices in Hong Kong, China, USA, Germany, Holland and Switzerland.

The business also offers a range of distribution, fulfilment and warehousing services and is a member of the Elite Global Logistics Network; showing its commitment to providing high quality service to customers old and new.

The continued partnership between EXCELR8 and Mairon – announced on the eve of the eighth round of the 2022 campaign at Mairon’s home circuit of Thruxton – comes at an exciting time for the business following an expansion of its services in the third party logistics market and the opening of a new warehouse facility in Whiteley.

Mairon will continue to feature prominently on EXCELR8’s race-winning Hyundai i30 Fastback Ns throughout the 2023 campaign, which is scheduled to begin in late April at Donington Park.

Justina Williams, Team Owner, said:
“It’s fantastic to be able to announce an extension of our partnership with Mairon for 2023, particularly at this early stage when we still have three rounds of the current season left to run.

“Since they first came on board, we have been able to develop a strong working relationship with Tommy, his father Terry, Ash and the whole Mairon team and we are looking forward to developing our partnership over the course of 2023 and, hopefully, beyond as we chase success on track.”

Tommy Watson, CEO Mairon Freight UK, said:
“We are delighted to be able to extend our sponsorship with the EXCELR8 team into the 2023 season. Starting as a small sponsor, to be able to build our relationship to where we are now is something the team at Mairon should be proud of.

“To have the Mairon name out there and connected to a team that has the same drive to succeed as we do is hugely exciting, and hopefully this will be a long-term relationship that can grow and grow.

“The team always does a fantastic job looking after us on event, and we look forward to the remaining rounds of this season.”

Terry Watson, MD Mairon Freight UK, said:
“Tommy and I decided to push on with our ambitions for the business, and have recently opened a brand new warehouse facility in Whiteley, just outside Portsmouth.

“The new facility marks the latest stage in the continued growth of Mairon, and is the ideal location for the handling of containers and the storage of goods thanks to its fantastic transport links and has already led to us obtaining a number of new contracts.

“As we grow as a business, it is fantastic to be able to also expand our partnership with EXCELR8 going into 2023. The team has taken huge steps forward during our time together to become a real force in the BTCC, and we look forward to further success in the future.”