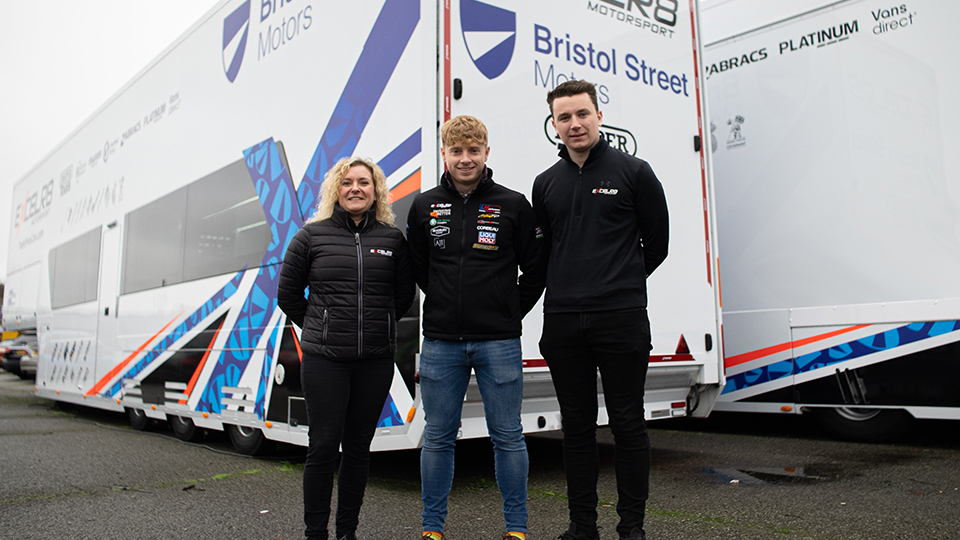 Bradley, the son of 1990 BTCC Champion Robb, joined forces with the team earlier this year as part of its assault on the Quaife MINI CHALLENGE, taking part in the final two rounds of the campaign at Silverstone and Brands Hatch in EXCELR8 colours.

The 29-year-old has already confirmed a deal that will see him compete in the JCW category of the MINI CHALLENGE for a full season in 2023, with Bradley eager to launch a bid for top honours in the highly competitive one-make series.

Alongside his racing programme, Bradley’s new Driver Development role will provide the opportunity to spend time working alongside EXCELR8’s title-winning BTCC outfit – which carried Tom Ingram to the biggest title in British motorsport earlier this season.

That will provide Bradley with the chance to gain valuable insight into what is required to be successful both on and off track in the BTCC and will culminate in Bradley getting the chance to sample EXCELR8’s Hyundai i30 Fastback N during an official test in 2023.

Bradley Gravett said:
“Seeing everything that my father achieved in the BTCC, and the challenges he faced in career as a professional touring car driver means I realise and understand that if I want to do it myself, I absolutely have to do it properly. With that in mind, the opportunity to become a Development Driver for EXCELR8’s BTCC team is an absolute honour, and the next step towards my dream of competing in the series in the future.

“EXCELR8 may be one of the youngest teams in the BTCC paddock, but it has already shown what it is capable of by winning the title this season, and I have been able to experience it first hand in the MINI CHALLENGE. The passion, drive, and desire of every member of the team, and the attention to detail that goes into everything they do, is nothing short of astonishing and I feel privileged to be part of the ‘family’ that Justina has pulled together.

“The BTCC has always been the goal and to be within touching distance of getting my hands on the title-winning Hyundai is an extraordinary feeling, and something I have worked towards throughout my racing career.

“I have already spent time talking to members of the MINI CHALLENGE programme who have worked on the touring car to gain a better understanding of what to expect, and I believe that the skills I have developed already from the MINI JCW car leave me well prepared for when the time comes for me to get behind the wheel.

“I’m very much looking forward to experiencing everything a British Touring Car has to offer, and I also can’t wait to see the Gravett name back on the rear window of a BTCC car.”

Justina Williams, Team Owner, said:
“The Gravett name is one that will always be linked to the BTCC thanks to Robb’s championship success, and we’re absolutely delighted to be in a position where we can help Bradley move a step closer to following in his father’s footsteps.

“In the short amount of time we have worked with him so far, Bradley’s drive and determination to rise through the ranks and to one day compete in the British Touring Car Championship has been clear to see, and this new role is the next step towards him reaching that goal.

“Working with the BTCC team will give him valuable insight and experience that I know he will take onboard, and I’m confident that when he gets behind the wheel of the Hyundai, he will grab the opportunity with both hands and show what he is capable of.”