Round two of the British Touring Car Championship 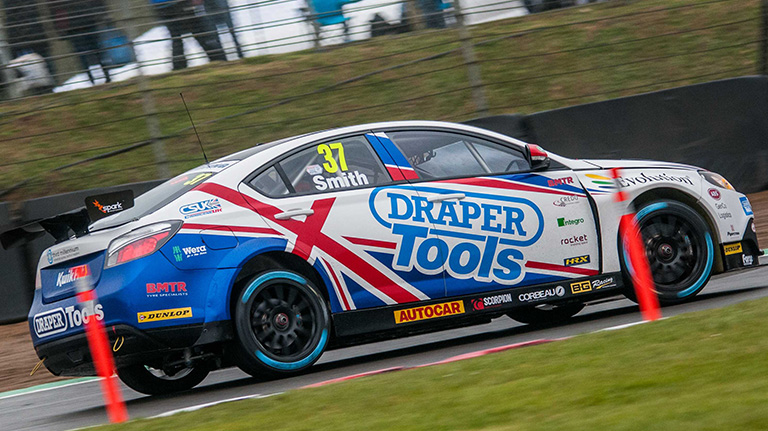 Round two of the British Touring Car Championship

The British Touring Car Championship race at Donington Park was a bruising affair with both Rob Smith and Sam Osborne bringing home their EXCELR8 MG6’s in 16th and 22nd respectively.

For Smith it was a frustrating race as he held a top 15 points paying place in the mid part of the race only to lose out in the last few laps.

Smith finished races two and three in 18th and 19th places while Osborne was punted out of the second race by Mark Blundell, who misjudged a passing move into the chicane, and claimed 23rd in the final race in his repaired car.

“Fairly happy with three top 20 results,” reflected Smith. “We are missing the last little bit in getting points. It’s only our second weekend of operating in the series.”

“The performance is there in the car although it has dropped off a little bit as the day has gone on and not got stronger.”

“Getting there,” summed up Osborne. “The last lap was quicker than the nine cars in front of me but I just couldn’t get Blundell on the last lap of race three.”