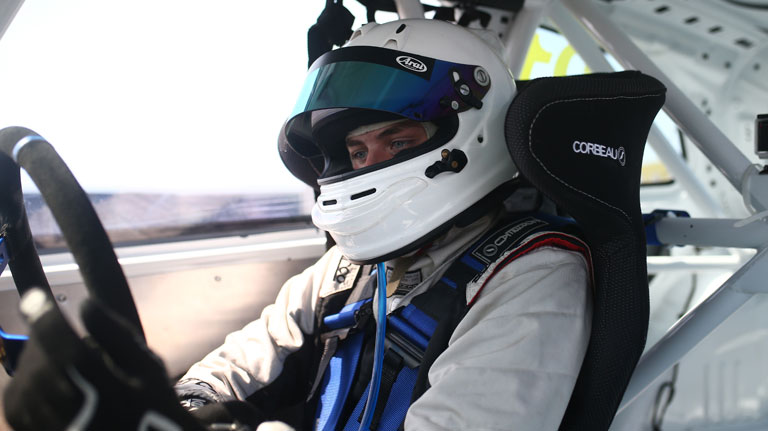 Reigning Ford Fiesta champion Isaac Smith has set his sights on the MINI CHALLENGE JCW title for 2020, after confirming his graduation to the series with EXCELR8 Motorsport.

Smith, 17 from Harrogate, has already proven his skills at an early stage of his career by becoming the youngest ever winner of the BRSCC’s long-running Fiesta Championship, securing the outright title this year courtesy of eight race wins – which included a five-race unbeaten streak during the second half of the campaign – and five further podium finishes while racing with the Race Car Consultants team run by former category champion David Ellesley.

Smith found his feet in the sport when he began karting, aged 11, working his way up through regional competitions to race in the Super One British Karting Championship and the BNL European series, before he made the move to car racing in the Fiesta Junior category in 2018. His first year brought him fourth place in the championship and laid the foundations for his stunning 2019 season.

Smith hopes to continue that winning momentum at the wheel of a 265bhp MINI JCW as he looks to climb the tin-top ladder toward an eventual career in the British Touring Car Championship.

“I’m really excited about 2020 and was attracted to the MINI CHALLENGE JCW championship because it’s the highest level I can go to before touring cars, so it’s the perfect feeder series,” said Smith.

“I haven’t tested the JCW yet, but we’re just in the process of planning out a full pre-season testing programme. I’ve spoken to quite a few people who have raced Fiestas and then JCWs and they all say that the JCW behaves the way you’d love the Fiesta to – quite loose at the rear, with great power and traction. I’m sure it will be great to drive.

“I’ve got a lot of experience on slick tyres. My Fiesta ran slicks this year and I always raced on slicks in karting, so I understand how to make the tyres work at their best. The two years in the Fiesta should also be good preparation as they taught me about controlling a car’s balance, the dynamics of racing a front-wheel-drive car and also gave me a lot of circuit knowledge.

“This year I added consistency to my racecraft and learned to never give up and the results came my way across the second half of the year. It was amazing to win the senior Fiesta title as at one stage I was 130 points behind!

“For next year I’ll be going all-out for the Rookie Cup title. That’s the first aim, and if I can achieve that it should put me in the fight for the overall championship, which is definitely where I want to be. Joining EXCELR8 was an easy decision because the team is so professional and the knowledge and support it has will be a real benefit. It’ll be a tough season, no doubt, but I’m ready to hit the ground running from the first race next year.”