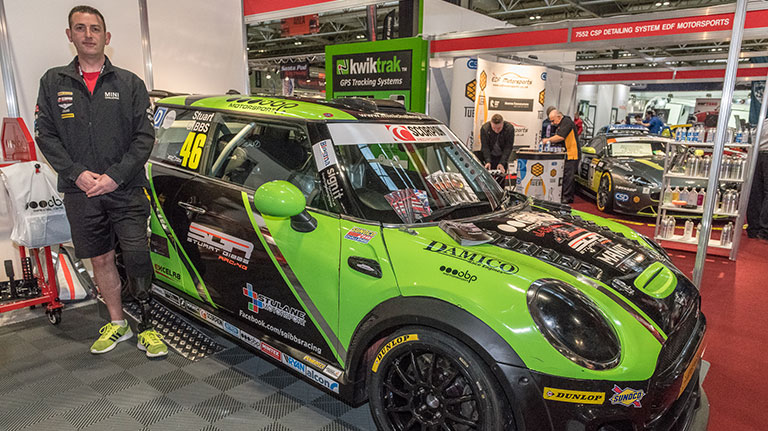 Stuart Gibbs will return for another season with Excelr8 Motorsport. Stuart joined the MINI CHALLENGE after a long break where previously he’s raced in Rallycross in Germany (17 years ago). Stuart has always loved any form of Motorsport. With his prostheses fitted Stuart decided that he wanted another go at racing. He looked around and had many offers from various championships before deciding that the MINI CHALLENGE was the best route and he consequently signed up for an initial 2-year programme.  Year 1 to learn race craft and get used to the car and year 2 to start challenging.

2018 will be a much strong year for Stuart, with big aspirations for the season, a new sponsor in the form of OBP who will assist Stuart to get the best out of the car and the help of Excelr8 motorsport

“I’ve had a lot of jobs but my dream job was to do this. When I had the motorcycle accident I thought that was all over and then when I joined BLESMA who are a charity that help ex veterans and soldiers with bad injuries they told me to turn a negative into a positive. So now I’m here, done a season and looking forward to the second one”.

“It was a real hard, upward curve last season but I did ok. Out of 35 cars I was 20th overall and I was only 8 points off 18th so considering I didn’t know any tracks or the car I think I did really well.”