Silverstone awaits for the Hyundai powerhouses 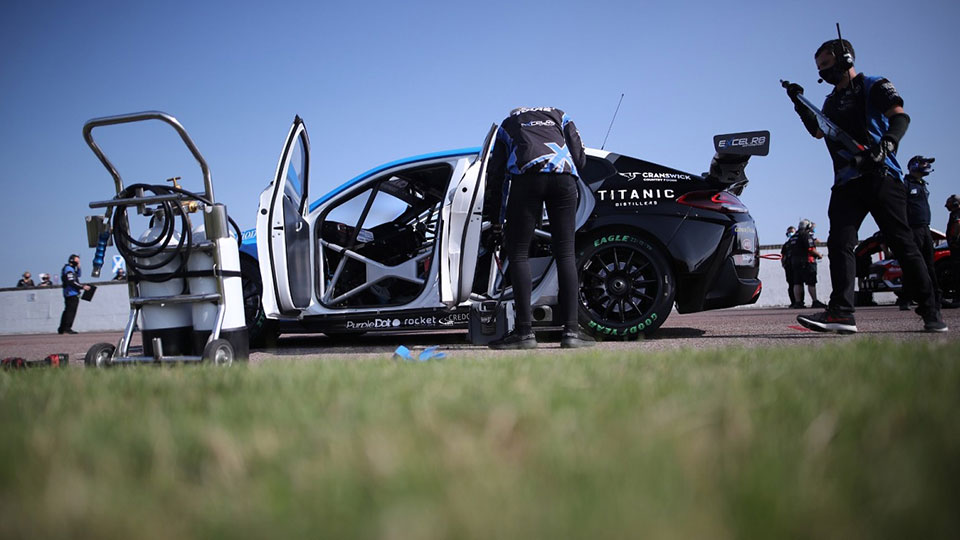 Silverstone awaits for the Hyundai powerhouses

Two rounds in a as many weeks takes us into the second half of a fascinating British Touring Car Championship. EXCELR8 Motorsport enter the round fourth in the Independents Team standings and seventh in the overall. Both drivers Senna Proctor and Chris Smiley have picked up podiums this season and are battling for the top ten in the Drivers’ Championship.

From their humble beginnings in the series in 2019, EXCELR8 have quickly developed into one of Touring Cars premier teams throughout 2020, which is in no small part due to the dedication and hard work demonstrated from the whole team.

Last year at Silverstone, they picked up their joint-best result of the season, a 14th place at the hands of Rob Smith. Now, with Smith vehemently working behind the scenes, new engineering talent and a brand-new Hyundai i30 Fastback N Performance the team is striving for more podiums, not just points. A venue that favoured EXCELR8 last year, Silverstone could yet prove special once again.

Silverstone, of course is no surprise to many, with Smiley a proven podium finisher at the home of British Motorsport. The Northern Irish driver qualified on the front row, recording the fifth podium of his career during a damp and challenging opening race of the weekend. He’ll be hoping to repeat his success this weekend, especially with similarly cool conditions expected.

At Thruxton last week, Proctor excelled in the #18 Hyundai, spending all three races holding his own in a competitive midfield group. Starring in the middle race, Proctor recorded a top ten finish to move him back into the top ten of the championship. The pair will be hoping to spring back to form this weekend challenging the front runners like they perfected at Knockhill and Donington Park.

Working off their 11 years of experience and 22 championship titles in British Motorsport, the team prepares for an end of season push as they strive for a top three in the Independents standings.

“It’s great to be back to Silverstone, where the team had so many happy memories in 2019. One year later our goals are grander and I’m confident we can emulate the elation we felt last year. I couldn’t be happier at the success Chris, Senna and of course the whole team, have brought us in 2020.

“We are aiming to hit back this weekend after a tough trip to Hampshire. The team has been working around the clock to prepare the Hyundai’s and we hope we can repay the support of our sponsors and technical partners.”

Chris Smiley spoke fondly of his own success last year.

“Last year I missed out on pole position here by 55 thousandths of a second to Jason Plato, so I’m in a good position heading here. As long we get the Hyundai in the right window, we should be on for a good weekend, that car and I can win races.”

Meanwhile Senna Proctor is striving to continue his twelve-race consistent run of points.

“We’ve got a direction now with the car and are now a bit more on the ball about where to go. The top ten last weekend proved how quickly we could adapt and with the new Hyundai and expertise of the EXCELR8 team, we’ll see where we end up.”

Qualifying for the Silverstone round takes place at 15:10 and can be viewed on the ITV Hub, with all three races being broadcast Live on ITV2 on Sunday 27th September 2020.