Senna Proctor joins the Excelr8 BTCC line up for 2020 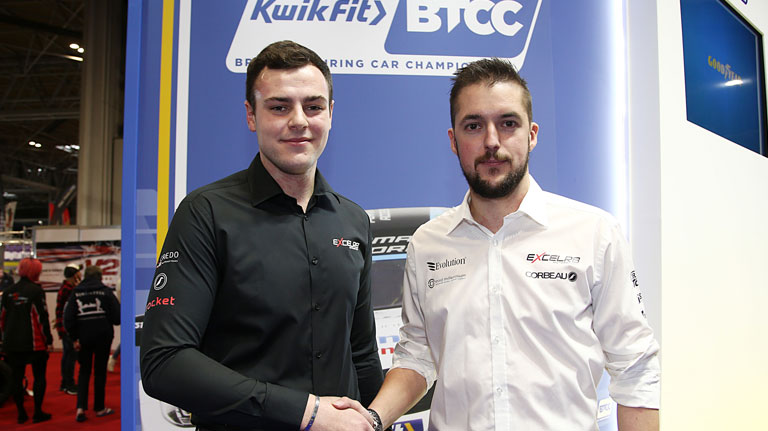 Senna Proctor joins the Excelr8 BTCC line up for 2020

The 21-year-old has been a regular in the UK’s premier Touring Car series for three seasons. During that time he’s raced in two different cars and outfits, bringing a range of experience to Excelr8 as the team embark on it’s new adventure with the Hyundai i30 Fastback N Performance.

Since being founded in 2009, the Excelr8 name has secured 22 motorsport titles and are now looking for success at the highest level of national touring car racing, as they prepare for the team’s second season of competition. 2019 saw them secure a top ten finish in the Independent Teams’ Championship, helped by overall points finishes from both drivers.

Three-time podium finisher Proctor said; “I am incredibly excited to be joining Excelr8 Motorsport and I can’t wait to get behind the wheel of the new Hyundai BTCC car.

“When Excelr8 contacted me back in September about the possibility of leading a new car development for them I have to say I was honoured.

“Having met the team at Excelr8 it was clear that they share the same ambitions as me of one day lifting the BTCC crown and with my past experience of FWD we can grow together and make this become a reality over the next few seasons.

“But it’s one step at a time and we are under no illusion that there will be a lot of hard work ahead for 2020, it will be as many top 10 finishes and possibly podiums to get the ball rolling.

“I am heading into my fourth season in the BTCC and along with the expertise of Excelr8 Motorsport I think we could be a force to be reckoned with in 2020 and beyond.”

The news is equally received at Excelr8, where founder and Team Owner Justina Williams said; “WOW, we are delighted to have attracted Senna to our team, he is proven in BTCC and will now help lead our new Hyundai i30 development. This will ensure that we continue on our journey towards the sharp end of the BTCC grid and in the longer term to be challenging for BTCC titles together.”

Team Principal Oliver Shepherd followed up; “2019 was a learning year for Excelr8 in BTCC, whereas 2020 is the year where as a team we will show that we are not just in BTCC to make up the numbers. Senna joining the team is a massive step towards this aim and we are certain that his raw speed and his experience in BTCC will be key ingredients in helping us to make this step forward. We are looking forward to working together with Senna to take the fight to the established teams, bring it on!”

The 2020 Kwik Fit British Touring Car Championship begins on the 28-29th March at Donington Park for the first time since 2005.