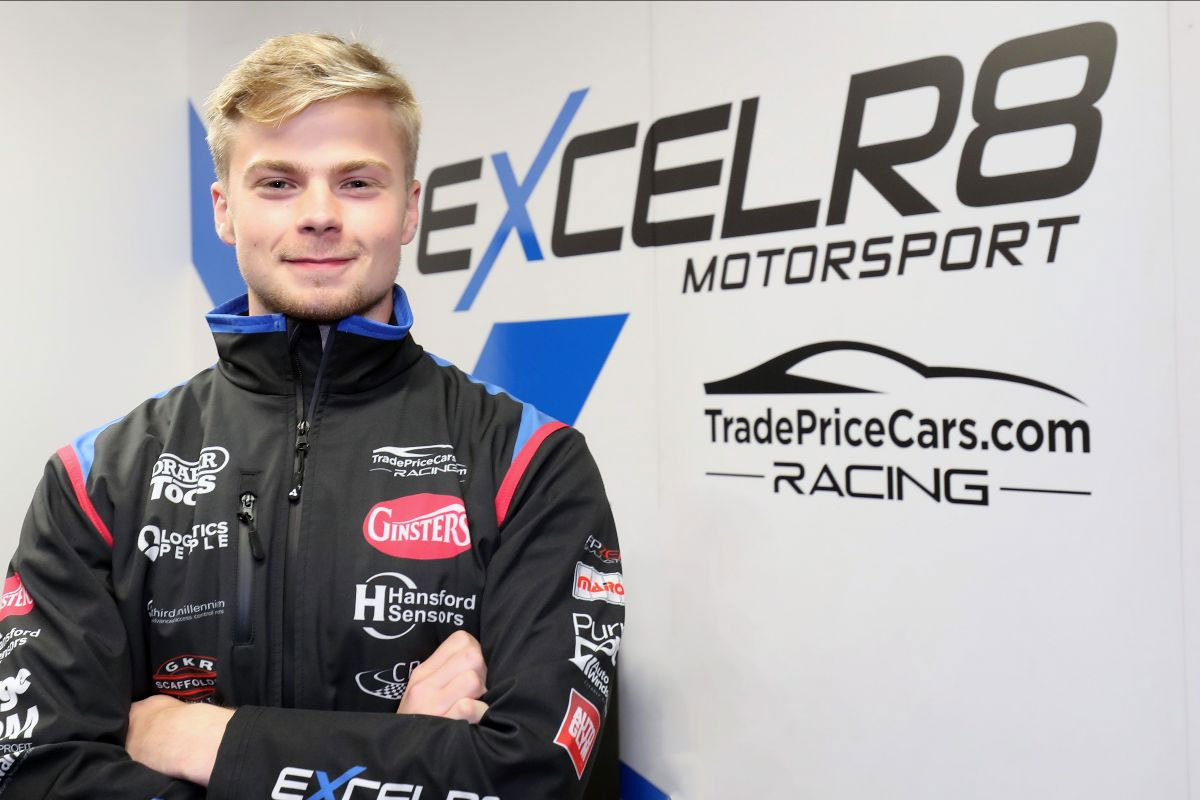 Scottish racer Ronan Pearson will embark on the most exciting year of his racing career to date in 2022 after agreeing a deal to join forces with leading outfit EXCELR8 Motorsport.

The deal will see Ronan – from Kelty in Fife – return to the Quaife MINI CHALLENGE for a third year, with the talented 20-year-old also signing up as the latest member of EXCELR8’s BTCC Young Driver Programme.

Ronan enjoyed a strong season in the highly-competitive MINI CHALLENGE this year, kicking things off with his best result in the series to date with a second place finish during the opening meeting of the campaign at Snetterton.

Over the course of the year, Ronan would mark himself out as one to watch with a series of strong top ten finishes, allowing him to finish the season eighth in the overall standings, and second in the Graduate Cup to vastly more experienced rival Max Coates.

That followed on from a solid debut season in 2020, where he came close to a top ten overall finish and was second best of the rookie drivers.

Ronan’s new deal will see him join forces with arguably the MINI CHALLENGE’s benchmark team in Suffolk-based EXCELR8, which has successfully clinched the JCW title for the last two seasons and has more than 20 MINI CHALLENGE titles to its name across the various classes.

As part of his deal to join a multi-car assault on the MINI CHALLENGE, Ronan will also be given the chance to forge close ties with EXCELR8’s British Touring Car Championship team, which enjoyed a breakthrough season on track in 2021.

In just year three of its programme in Britain’s premier racing series, EXCELR8 was able to take to the top step of the podium for the first time and would remain in contention for championship honours right through the season finale at Brands Hatch – firmly establishing itself as one of the top outfits in British motorsport in the process.

On the Young Driver Programme – which sees him follow in the footsteps of 2021 MINI CHALLENGE Champion Dan Zelos – Ronan will be given the chance to test the race-winning Hyundai i30 Fastback N in the new year.

“I’m absolutely over the moon to let the cat out of the bag on my plans for 2022 as it’s been a challenge to try and keep it quiet in recent weeks!” he said. “To join forces with a prestigious and successful team like EXCELR8 is something that makes me extremely proud, and provides me with a fantastic opportunity to take my career to the next level.

“EXCELR8’s record in the MINI CHALLENGE is clear for everyone to see, and this deal gives me a great chance to fight for the championship next season, which has to be my goal going into 2022. I’ve shown I have the pace to run towards the front in the championship, and I feel EXCELR8 is the right team to help me fight for race wins and to launch a title bid.

“With my ultimate aim being to follow people like Gordon Shedden and Rory Butcher into the BTCC in the future, the opportunity to be part of EXCELR8’s Young Driver Programme and to work closely with the touring car team is one that I fully intend to take with both hands. It moves me a step closer to where I want to be, and I’m massively excited about what lies ahead.

“I ended the 2021 season with a real spring in my step after a strong run of results, and I cannot wait for 2022 to get underway. To have a deal in place this early provides the chance to put all of my focus towards preparing for next year so that when pre-season testing comes around, we can look to hit the ground running and maximise the time we have on track before the racing kicks off.

“As well as thanking the team at EXCELR8 for this opportunity, I also have to thank all of my sponsors and supporters, as this wouldn’t have been possible without them. The journey to this point has been an exciting one and the future looks bright, so I can’t wait to share more success with them during the season ahead.”

EXCELR8 Team Owner, Justina Williams said she was very pleased to welcome Ronan into the fold for the 2022 season.

“Having won the JCW title for the past two years, we’re keen to try and make it a hat-trick in 2022 and Ronan is a driver who can certainly help us work towards that goal,” she said. “Over the past two seasons, he has shown his potential with some eye-catching performances on track, and is clearly a driver who is more than capable of fighting right at the sharp end of the grid.

“Ronan is also a driver who fits the bill when it comes to our Young Driver programme as he has shown he has the drive and desire to try and make it all the way to the BTCC in the future. Getting into touring cars is about more than just ability on track, and as well as gaining a better understanding of what it takes to make it in the BTCC from spending time with the team, he’ll also benefit from being able to see how work off track is just as important in making it to the top.

“We’re excited to welcome Ronan into the EXCELR8 family, and can’t wait to see what he can achieve next season.”