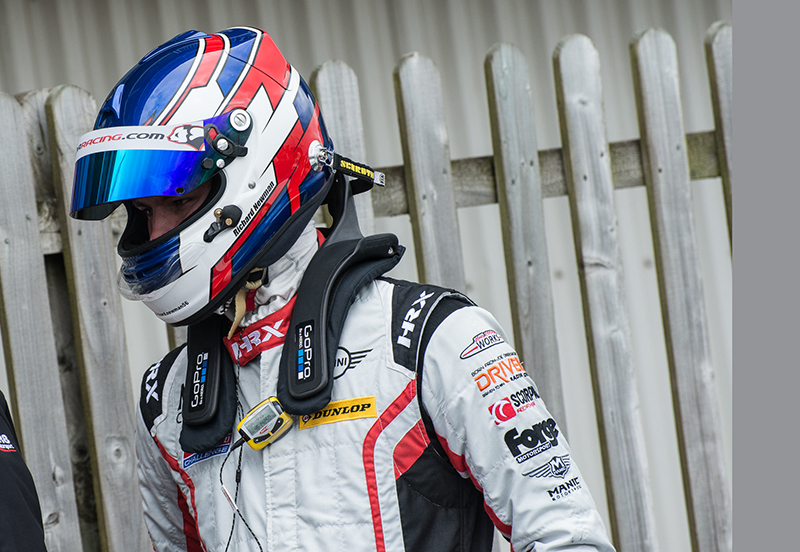 After a strong debut year with Excelr8 motorsport in the MINI CHALLENGE Cooper Pro class the Bowker Motor Group backed driver looks to learn from the lessons learnt in his first season of car racing to launch a full championship assault in 2018.

Richard showed real promise in his first season of car racing with some notable stand out drives in 2017 including a 2nd place finish in the season opener at Snetterton following home eventual 2017 championship runner up Jessica Hawkins in an Excelr8 motorsport one two.

“This season was a great first year in cars and the MINI CHALLENGE. We always showed front running pace and a good number of podiums to show for it. I just want to say a massive thank you to Bowker Motor Group for all their support this year and everyone at Excelr8 for all the hard work they put in at every meeting.

Next year I’m going to be working hard with the guys at Excelr8 and take all my knowledge I learnt in 2017 to make a serious challenge for the championship in 2018. I’m very confident that I can make that a possibility and look forward in doing so.”

A second stand out drive for Richard was at a very wet Oulton Park in race 1, after a difficult qualifying session and grid penalty Richard carved his way through to finish 2nd in incredibly difficult conditions.

Richard showed great pace throughout the season which ultimately ended up with Richard winning the Retailer cup representing the Bowker Motor Group. With all the lessons learnt within the 2017 season and some winter testing Richard looks set to mount a serious championship assault in 2018.

“Richard showed great promise in his first season of car racing and with the lessons he has learnt in what was always going to be a learning year he will be challenging for the championship in 2018. Richard has the pace to take on a championship campaign and with the lessons learnt in race craft, race and tyre management this season it gives the perfect platform for the title push!”