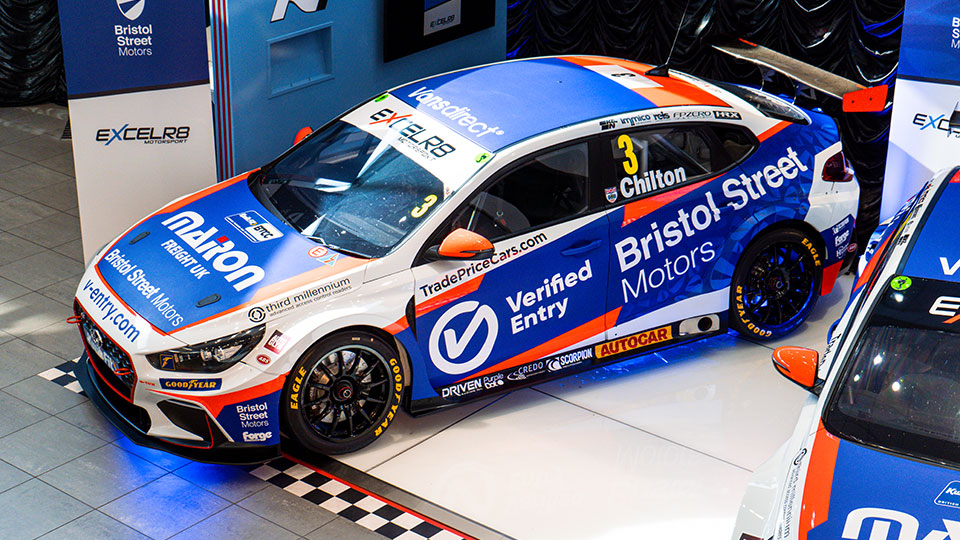 Reis Motorsport Insurance is delighted to announce an exciting new sponsorship deal with the EXCELR8 British Touring Car Championship team for the 2022 season.

The deal, which will see Reis Motorsport Insurance become the insurance partner of the team, will see the Reis brand name appear on EXCELR8’s four Hyundai i30 Fastback Ns as they do battle in 30 rounds of the most exhilarating and exciting race series in the world.

“We’re delighted to be the official insurance partner of EXCELR8,” says Broking Director Rich Morley. “EXCELR8 is a hugely ambitious team, matching our own enthusiasm and ambition. We see some very clear synergies between our fast growing operations and look forward to a prosperous partnership for many years to come.

“Touring cars is bumper to bumper, thrilling racing and we’re proud to be partnering with one of the most exciting and forward-thinking teams on the grid.

“The whole team ethic epitomised by owner Justina Williams appeals to the Reis sense of innovation and sustainability, and we can’t wait for the season to get going.”

In addition to appearing on the race cars, the Reis logo will feature on the race transporters and on the garage walls.

EXCELR8 have taken the BTCC by storm in recent seasons after years of success in the MINI CHALLENGE, and with drivers of the calibre of Tom Ingram and Tom Chilton on board, the 2022 season promises to be the most exciting yet.

“We pride ourselves on ensuring Reis Motorsport Insurance is the Insurance broker of choice for the motorsport industry and we look for partners with similar drive,” Reis Senior Operations Manager, Mary Singleton, added. “There is no question the EXCELR8 team is one of the most exciting on the touring car grid. We‘re delighted to add our support to such a dynamic operation to try and help the team to even more success in 2022. “

The British Touring Car Championship season kicks off at Donington Park in late April and EXCELR8 Team Owner Justina Williams is hopeful of a strong showing both on and off track during the year ahead.

“After a breakthrough campaign for the team in 2021, we go into the new season eager to build on the success we enjoyed last year,” she said. “Being successful at this level isn’t just about putting the right elements in place on track, you also need to establish the right partnerships behind the scenes if you want compete at the highest level.

“This deal Reis is one such partnership, and we are delighted to have them as our official insurance partner for what promises to be a hugely exciting season.”