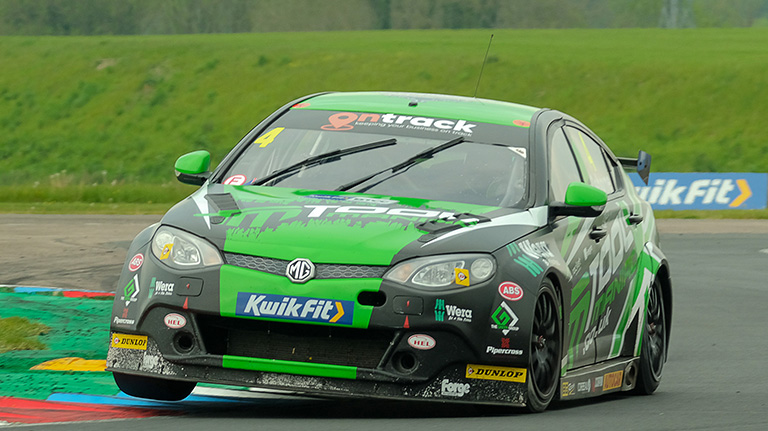 The locally-based EXCELR8 Motorsport squad endured a tough time at the Thruxton round of the British Touring Car Championship – but had the satisfaction of getting both of its MG6s to the finish in all three races.

The Hampshire circuit is extremely fast and unforgiving with drivers Rob Smith and Sam Osborne aware that finishing races was more important than bringing home a wreck.

In the first practice session, Smith recorded the 18th fastest time, but that was as good as it got as he fell to 26th in session two, while Osborne was 30th and last, with the former qualifying in 26th place and Osborne two positions behind.

In the opening race, both kept out of trouble, with Smith finishing 25th and his team-mate 28th, while in race two the former posted the best result of the day with 20th, with Osborne 27th.

Osborne saved his best for the final race and posted a 21st-place finish, two positions better than his team-mate who had a mid-race clash with Ipswich’s Carl Boardley.

“The main thing is that we are progressing,” said Osborne. “We are lacking a bit of confidence in the high speed stuff and hopeful we can get a bit of testing in before the next round at Croft.“