Onwards and Upwards as EXCELR8 Head to Oulton 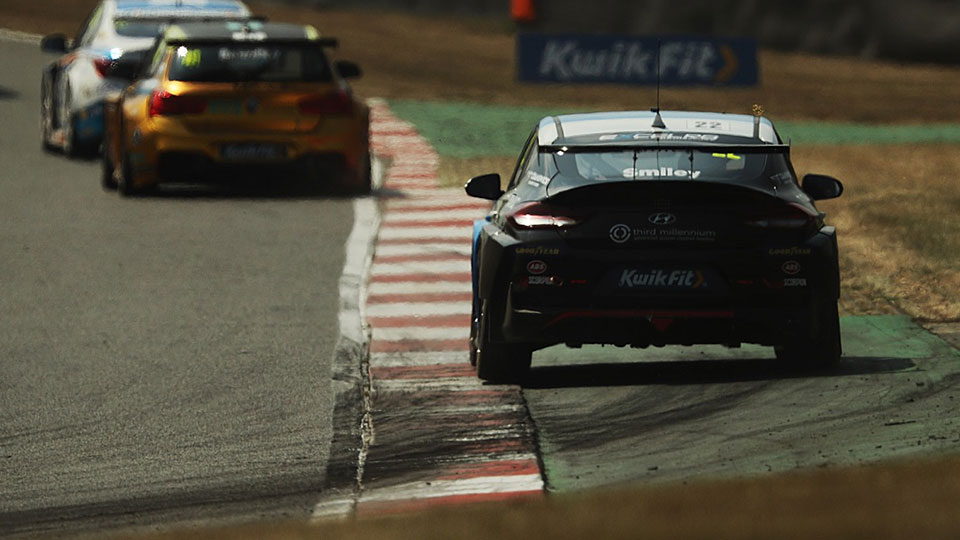 Onwards and Upwards as EXCELR8 Head to Oulton

Our quick succession of British Touring Car Championship rounds continues as EXCELR8 Motorsport prepare for their third round in four weeks, with the team setting up camp in the Cheshire countryside.

Oulton Park has been a fans favourite for years and the tight twisty nature of the circuit ensures that qualifying will be vital for all cars as overtaking has proven a challenge for many. Coming into this weekend, both Chris Smiley and Senna Proctor have got off the starting blocks, with the Northern Irishman on 34 points and Proctor on 24 so far.

This has been an enormous step up from 2019, in which they finished tenth in the Independents Teams’ Championship. This year, they have already secured over half of last years Independents points haul and sit third in the rankings. Having already secured an overall podium and pole position this year, EXCELR8 have proven to be a regular threat at the sharp end of proceedings, now turning their attention towards a maiden victory.

Senna Proctor was the star of last round at Donington Park, recording three top ten finishes. The Scorpion-sponsored Hyundai i30 Fastback N Performance had been third fastest during free practice, being a threat for the front row throughout qualifying. A poor start failed to see Proctor make the most of his potential, yet still recorded an admirable 7th at the end of race one.

With extra weight on board, Proctor adapted quickly, picking up another top ten finish in race two. The reverse grid race would again give the Draper Tools Hyundai a third row start, but a tangle in the opening laps squandered a chance of a podium finish. Despite this, both Proctor and Smiley progressed up the order with Smiley running as high as fifth as he chased another Independents Podium. Unfortunately, a crash in the closing laps would bring an end to his incredible run.

Smiley comes into the Oulton Park weekend 11th in the overall standings and 7th in the Independents, hoping to reignite his first-round form now that he is ballast free.

“Three rounds in four weeks has proven the readiness of this strengthened EXCELR8 line-up, I am really pleased for the team who have kept us on the road. Oulton Park this weekend is the first of another double header and I’m confident we can continue the momentum we displayed at the first two rounds.

The results from Brands Hatch did not reflect the pace shown by our drivers. Senna’s pace from qualifying and Chris’ race three performance proved to us that a top five finish was achievable. Both of our drivers have scored points in every race they have finished, and I am looking forward to this record continuing.”

Oulton Park is one the UK’s oldest permanent circuits with a history dating back to 1953. First appearing on the BTCC (then called British Saloon Car Championship) calendar in 1960, the venue has missed only two dates since then, being a permanent feature since 1987. For 2020, the circuit will once again use the Island layout, ensuring an equal challenge of rapid banked turns and heavy braking zones on the 2.22-mile circuit.