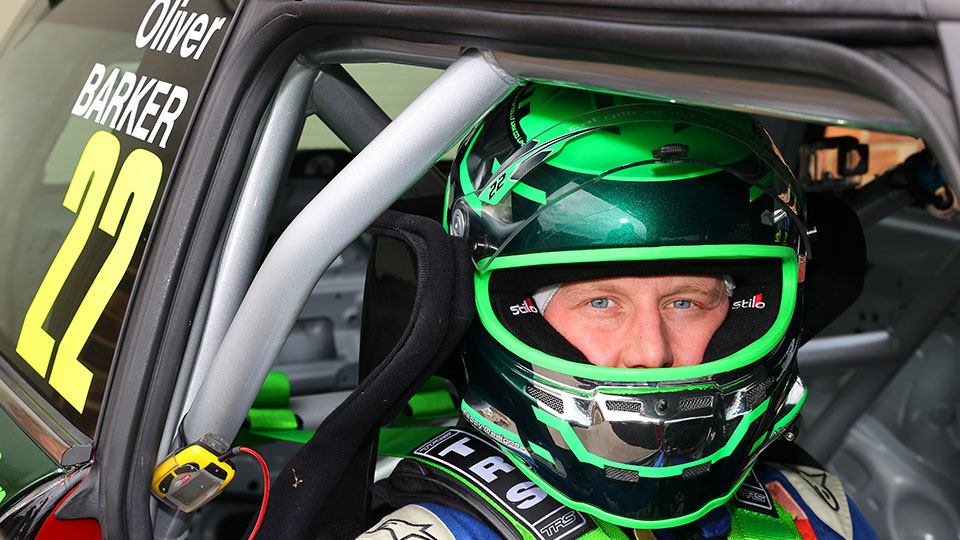 Oliver Barker will make the step into the MINI CHALLENGE JCW class on a full-time basis for the 2021 season after agreeing a deal to join EXCELR8 Motorsport’s multi-car line-up.

Despite only limited experience in his racing career to date, Oliver joins the grid looking to add to an impressive resume that includes winning the Radical Challenge Championship back in 2017, where seven wins and no fewer than 14 podiums saw him secure the title by more than 150 points.

The Bolton Abbey-based driver – who is backed by Catgill Farm Camping and Luxury Glamping – had his first taste of the MINI CHALLENGE last year when he joined the JCW grid for the penultimate meeting of the year at Snetterton in a one-off appearance.

Despite being a guest entrant against drivers who had been competing all season in the highly-competitive one-make series, Oliver was on the pace from the outset and qualified in an impressive seventh place on the grid.

He then backed that up with a best finish of sixth from the two races after seeing off the challenge of a number of series front-runners, including eventual champion Nathan Harrison.

Oliver’s pre-season testing programme has already kicked off, with initial on-track running leaving him confident about the season ahead.

“Having never raced a front-wheel drive race car before my outing at Snetterton last year, I knew I was throwing myself in at the deep end,” he said. “Whilst the Radical has lot of aero and is rear-wheel drive, the MINI JCW is at the other end of the spectrum, so it was a baptism of fire to jump into a car mid-season.

“I qualified well but I was a bit too cautious in the first race and got swamped at the start. In race two however, I was far more aggressive and it paid dividends with a top six finish – and you can expect to see more of that approach this season!

“Pre-season testing with EXCELR8 has gone much better than I expected and we have been posting some very competitive lap times when you compare it to qualifying last year. That has raised my expectations a little but I’m trying not to get too carried away as I only started racing in 2016, and I know there are some seriously quick drivers that I’ll be competing against in the JCW series this year.

“That is part of the appeal for me as I want to go up against the best drivers and I’m super competitive, so we’ll see what happens.”

Team owner Justina Williams revealed her delight at bringing Oliver onboard as part of the JCW line-up.

“Oliver showed in his one-off appearance last year that he can do a good job in the championship so we’re thrilled to bring him onboard,” she said. “He clearly has the pace to run well inside the top ten as we have seen first hand from testing so far, so I’m confident that he can make a real impression despite it being his first full season in the series.”

Oliver’s season will kick off back at Snetterton – the circuit where he wrapped up his Radical title – in mid-June, with the JCW class doing battle across seven meetings culminating in the season finale at Brands Hatch in late October.

Each of the 19 races will run in support of the British Touring Car Championship, with live TV coverage on ITV4.