New Horizons Beckon as EXCELR8 Head into the 2020 Finale 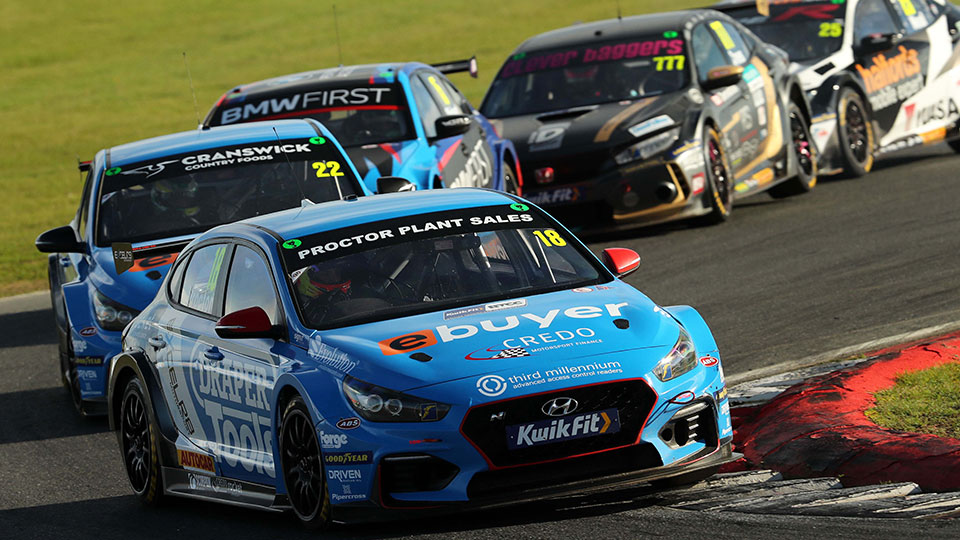 New Horizons Beckon as EXCELR8 Head into the 2020 Finale

For the final time in 2020, the EXCELR8 Motorsport team revs up for the British Touring Car Championship. Ahead of an intense final round, the team currently lie seventh in the Team’s Standings and Fifth in the Independent Team’s Championship, with a top four finish in their sights ahead of the final round.

The major news ahead of the Brands Hatch weekend for the team is the partnership between EXCELR8 and Trade Price Cars from 2021. The move will see the pair retain the Hyundai i30 Fastback N Performance that EXCELR8 have expertly been developing over the course of the year.

Having previously worked with the AmD Tuning team, Dan Kirby is as excited as us to bring across their skills and expertise. Having joined the grid at the same time as the Draper Tools-sponsored team, both have large ambitions heading into the new-generation of BTCC cars in 2022.

Between the drivers, the competition is equally as close, with Senna Proctor looking to secure a top ten in the Overall Standings. The result would be his best finish in the BTCC to date and would be justification to the EXCELR8 team who have pushed themselves to make the brand-new Hyundai i30 a serious contender in the country’s top category.

It’s all to play for in the Independent’s Driver Standings too. Chris Smiley will be buoyed by his pole at Snetterton to give him the speed he needs to ensure both drivers finish within the top eight. Like Proctor, he too could be on for his best season finishing position and will be determined to cross off EXCELR8’s final major hurdle for the season. A race win.

Brands is a circuit that holds many special memories for Proctor who took his maiden race win around the Indy layout during the 2018 season opener. Smiley proved how valuable previous circuit data was the Hyundai at Snetterton as the pair have nothing to lose in the Kent countryside.

As we head into November, shorter daylight hours mean a shorter weekend schedule for the TOCA package. While the series returns to its traditional qualifying format, the teams will once again only have one practice session to perfect their cars ahead of a gruelling season-ending qualifying.

Then on Sunday, the season finale takes place at the earlier time of 15:14, ensuring all three races will take place within an intense six-hour period. This does not only put pressure on the drivers to stay focused but pushes the mechanics to keep on top of their cars, as damage will be even more costly.

“We’re delighted to announce this new partnership with Dan and Trade Price Cars for 2021, and the expansion of our programme in the BTCC. To be joining forces is a great way for both parties to increase our involvement in the series, and provides us with the chance to build on what we have achieved over the past two seasons.”

Switching her attention to this weekend, she is equally as excited about the finale.

“In only our second year we head into the finale with an opportunity to finish inside the top five of the Independents Championship. Our drivers equally have gone above and beyond this year, threatening the front runners at times and proving regular contenders for the overall top ten.

We learned a lot from our outing at Brands Hatch at the start of the season. Chris had the pace to finish inside the top five in the third race and we were delighted with the triple top ten Senna recorded. All of this gives us confidence we can end this season with a bang for all our sponsors and supporters!”