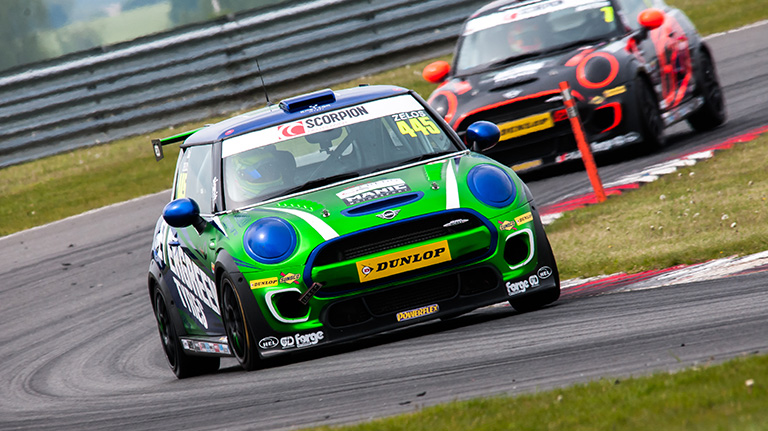 Our drivers were featured in Eastern Daily Press this week.

Dan Zelos secured his first podium place in the Mini JCW Challenge with a well timed manoeuvre on the penultimate lap of the opening race at Snetterton.

“I was working hard to close in on the two in front and when a gap appeared, I slipped up the inside and just help them off to take the position,” said a relived Dereham racer, who celebrated in front of his home supporters.

Meanwhile James Gornall was heading towards his second victory of the season with Nathan Harrison giving chase.

Lewis Galer, from East Lexham, suffered with an inconsistent handling car in qualifying and started from 26th place, with the 16-year-old ending up five places higher at the flag.

Light rain fell during the reversed grid race two but Jack Davison was able to slip away from the chasing pack to take victory. Harrison led a train of cars for second as the series leading Gornall wasn’t able to progress further than third.

Zelos had an eventful time with a grassy moment at the Esses Complex during the final laps but found a way to slip past those ahead to finally take fifth.

Meanwhile the tricky conditions suited Galer who made up seven places to finish 14th at flag fall.