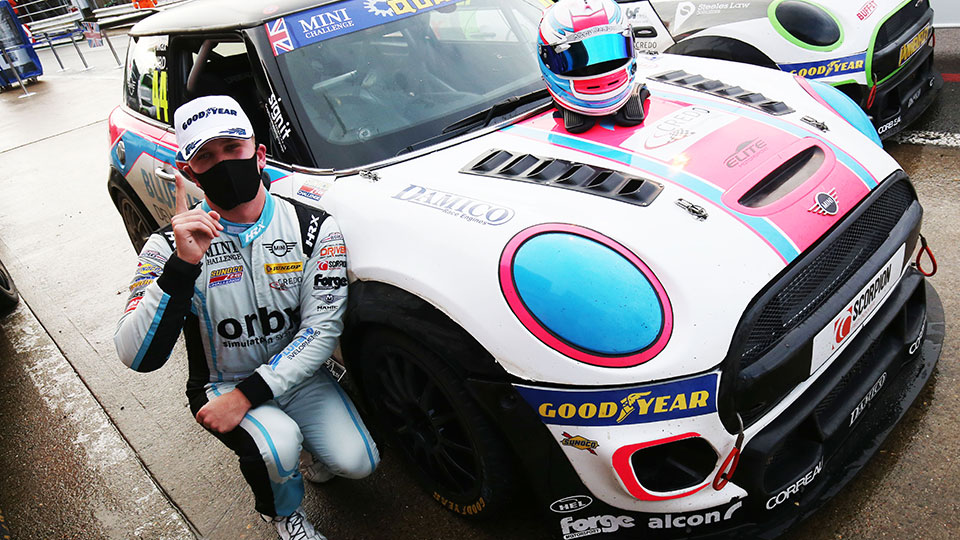 The EXCELR8 Motorsport team has strengthened its bid to secure a second successive MINI CHALLENGE JCW title after attracting series front-runner Max Bird into the fold for the 2021 season.

Max joins the team for what will be his third year in the series on the back of a hugely impressive 2020 campaign, where he secured his first wins in the highly competitive one-make championship, and firmly established himself as one of the leading racers in the field.

As with many aspiring stars of the future, Max came through the ranks in karting having first taken to the track at the age of just eight-years-old, before graduating into cars in 2016 with an entry into the Ginetta Junior Championship.

That in turn opened the door for a move into the Ginetta GT5 Challenge – where he was a race winner in both 2017 and 2018 – before the decision was taken to switch into the MINI CHALLENGE for 2019.

After a solid debut season yielded a top ten championship finish, Max marked himself out as one to watch last year across a condensed five round season, shortened as a result of the COVID-19 pandemic.

Following a tricky start to the year at Donington Park, Max produced a stunning performance at Knockhill where he qualified on the front row of the grid and then picked up a double race win; the first of which was by the largest margin of victory seen all season.

A further win during the season finale at Brands Hatch helped Max to finish fourth in the championship standings, with his three wins over the season being matched only by eventual title winner Nathan Harrison.

Having now joined forces with defending champions EXCELR8 for 2021, Max will go into the season amongst the favourites for the championship title in what looks set to be another hard-fought year on track, with confidence high about his chances as a result of the new partnership.

“I had a successful season in 2020, but I wanted more than just podium finishes and race wins,” he said, “so for 2021, I’ve joined up with EXCELR8 as I believe that they are the right team to help unlock the championship for me. The aim this year is be consistently in the top three in every race, and having a car that is perfectly set up by the team every weekend will be a huge help towards doing this.

“I’m looking to hit the ground running when the season starts, and feel confident about fighting for the title. There are going to be some very fast drivers alongside me on the grid, but I feel I have the experience to be able to pip them to the post.

“I am really grateful to ORBX, BlueBird Developments, Artec Engineering, Core Results Gym and Game Set & Match for helping me get onto the grid again this year. All I can say is, it’s going to be spectacular…”

Team owner Justina Williams revealed she was delighted to welcome Max into the team for the 2021 season.

“As a team we enjoyed a fantastic season in 2020 in the JCW class, and our goal in 2021 is very much to defend the titles we won last year,” she said. “Bringing in a driver like Max is a step towards achieving that goal, as he showed last season that he has the pace and the talent required to win races and be a championship contender.

“I have every confidence that he will be right at the sharp end of the grid from the very start when the season kicks off, and more importantly, will be in the thick of things when it comes to deciding who is the champion at the end of the year.”

The MINI CHALLENGE JCW season will kick off at Snetterton in mid-June, with a total of 19 races spread across seven meetings at the leading circuits across the UK.

Running alongside the British Touring Car Championship, Max’s JCW championship challenge will benefit from live TV coverage throughout the year on ITV4.