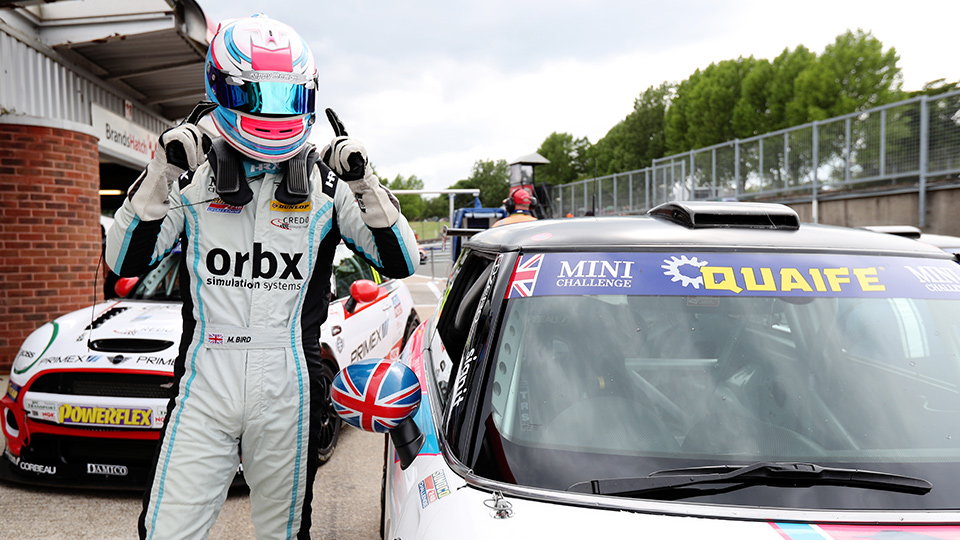 Max Bird declared himself pleased with the way in which he recovered from the disappointment of race two at Brands Hatch to retain his advantage in the Quaife MINI CHALLENGE standings.

The EXCELR8 driver was the man to beat for much of the weekend as the JCW field headed to Kent for the second round of the season, storming to pole position in qualifying and then leading home team-mate Jack Mitchell for a 1-2 finish in race one.

Having also added the bonus points for fastest lap, Bird hit the front in the championship standings and he looked set to repeat the feat in race two as he once again set the quickest lap and found himself leading the way ahead of Mitchell.

Contact between the pair at the start of the final lap would then force Bird into retirement and left him down in 27th on the grid for race three, but a storming drive through the pack saw him fight his way up to eighth place.

It means that – once current dropped scores are taken into account – Bird retains a slender lead over Lewis Brown and Dan Zelos in the standings.

“We had a good weekend and scored some good points, although what happened in race two is a shame,” he said. “I really felt at one with the car this weekend so I was hopeful of a good recovery in race three, and I’d also saved two new tyres which was helpful.

“There was no real pressure on me so I just got my head down and went for it. I was able to make up loads of places and I kept it clean to bag some important points towards the championship.

“It was a nice way to finish the day.“