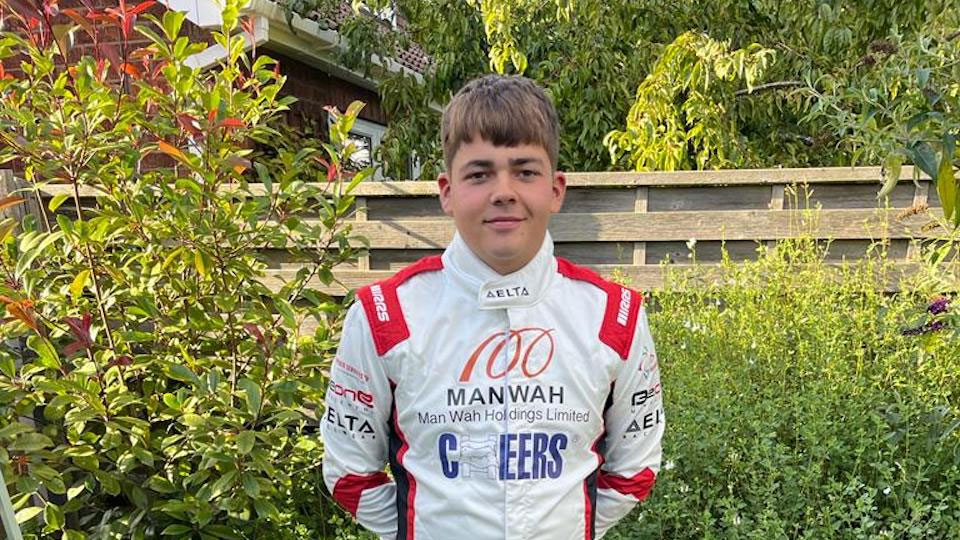 Karting graduate Harvey Riby will make his first steps into car racing with EXCELR8 Motorsport after signing up to compete in the Quaife MINI CHALLENGE Trophy in 2023.

The talented teenager joins the multi-title winning team on the back of a successful career in karting, where he has been a consistent front-runner on his rise through the ranks.

The highlight of his career to date came in 2021, with a stunning performance on track at the PFI International Circuit seeing him secure victory in the Junior British O Plate against a strong field including the likes of current Ginetta Junior racers William McIntyre and Kanato Le, and British F4 race winner Oliver Stewart.

That in turn led to the chance to compete in the X30 World Final at the Adria circuit in Italy, where he secure a heat win before taking a hard fought 13th place finish in the final.

Having graduated from Junior X30 into Senior X30 this year, Harvey continued to impress with a number of front-running performances as he finished ninth in the championship in his first season at senior level, and will now take his career to the next level with the step into car competition.

Harvey’s campaign with EXCELR8 will run alongside a karting programme in the KZ2 British Championship, and sees him become the first driver confirmed in what is set to be another multi-car assault from EXCELR8 on the Cooper class next year.

“I’m really looking forward to making the move into the MINI CHALLENGE Trophy with EXCELR8 next season for my first year racing in cars.

“This is going to be a whole new experience for me, but EXCELR8 is a great team to help guide me through my rookie season. I can’t wait to see what opportunities this next stage in my career will bring.”

“I have worked with Harvey from his early days in karting when I had my own team and thoroughly enjoyed working with him and helping to teach his craft before he went on to win the British Championship.

“Harvey has always displayed huge determination to succeed, and always pushes himself hard to learn the new skills required at every level. Having now moved into driver management, I’m pleased to be working with him again as he moves into the MINI CHALLENGE with EXCELR8, and look forward to helping him progress up the motorsport ladder.”

“Harvey is clearly a very quick and talented young driver as his results from karting have shown, and we are pleased to welcome him into the team for the 2023 season.

“The Cooper class is a great option for youngsters who are seeking to move into car racing as a number of drivers have shown in the past, and we are looking forward to working with Harvey to help him realise his on-track potential.”