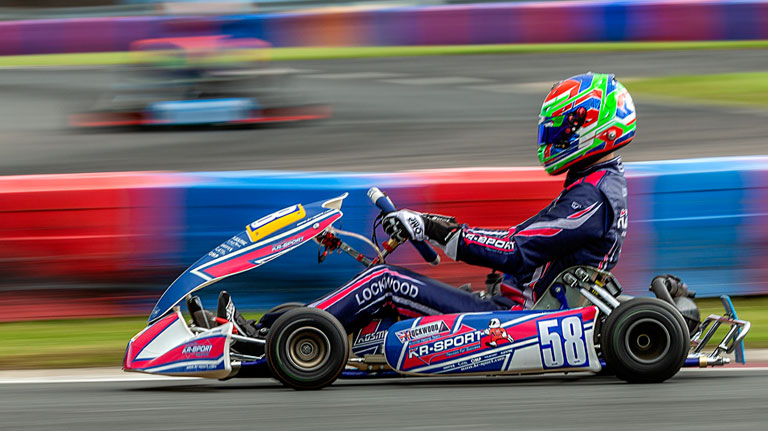 Karting star Jason Lockwood will be making the step up to the MINI CHALLENGE JCW this year with the EXCELR8 Motorsport team. Lockwood, a race winner in the British Super 1 National karting series, will be hoping to hit the ground running this March.

The 18-year-old will be making his first tentative steps into car racing, becoming one of the series exciting new generation of young talent. Racing for EXCELR8, the teenager will hope to make an immediate impression in the UK’s top single-make championship.

“I’m really looking forward to my first season in car racing competing with EXCELR8, who are such an established team,” said Lockwood.

He’ll follow in the footsteps of Nathan Harrison and Max Bladon who have all tasted victory in the series under the wings of the EXCELR8 crew.

“I would like to thank the Lockwood Group of Companies for getting me here. I’m hoping for a solid first season as and I’m excited for a great championship and car.”

Lockwood has also competed in the BNL Rotax and Rotax Max Challenge where he recorded pole positions alongside the top Senior European karters of the year. He’ll be hoping to continue his momentum appearing on the most widely televised stage in British motorsport.

“The team are very lucky to gain such a talented young driver and we are really looking forward to working with Jason on a comprehensive test programme, to help him get comfortable with the car, whilst developing the performance needed to fight at the front.”

The MINI CHALLENGE joins the ToCA package for the new decade, with the first round at Donington Park on the 28-29th March.