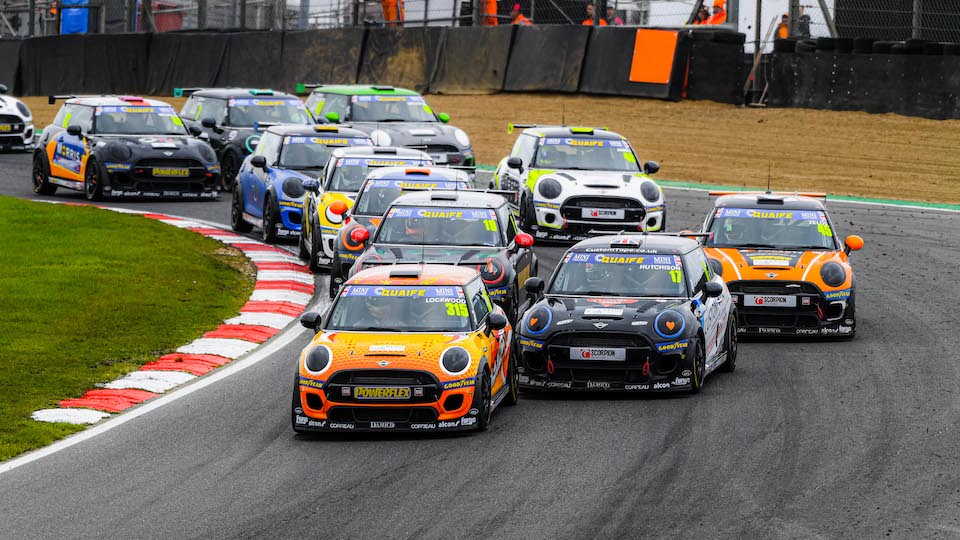 Jason Lockwood has his sights firmly fixed on a top three championship finish after confirming his return to the Quaife MINI CHALLENGE JCW grid for the 2022 campaign.

The 20-year-old from Derbyshire will extend his relationship with defending champions EXCELR8 Motorsport into a third year as he seeks to maintain the progress made during his time in the series to date.

Lockwood first joined the team back in 2020, securing third spot in the Rookie Cup and going close to a top ten championship finish on what was his first season of circuit competition after graduating from karts.

Returning to the British Touring Car Championship support series last season, Lockwood showed his pace from the outset when he qualified on the second row of the grid for the Snetterton season opener, with qualifying proving to be a particular strong point over the course of the year.

A first overall podium finish at Oulton Park in round three was followed by a pair of second place finishes on a fine weekend at Knockhill, where Lockwood also qualified on the front row of the grid for the first time.

In total, he would be one of only three drivers to qualify inside the top ten for every round, ending the year with the third best qualifying average in the field.

Having taken seventh in the overall championship standings, and a solid third in the Graduate Cup for second year drivers, Lockwood will now seek to maintain his forward progress when the 2022 season kicks off at his home circuit of Donington Park in late April.

A total of 20 races will then take place across the season, which will draw to a close on the Brands Hatch Grand Prix circuit in October.

“EXCELR8 have been with me since pretty much the start of my car racing journey, and I’m delighted to be racing with them again in 2022,” he said. “I’ve enjoyed developing my skills and progressing as a driver in my time with the team so far, and I’m looking forward to continuing that progress during the season ahead.

“There were a lot of positives to take away from 2021 and I worked hard to iron out some of the problems I faced early on. To score my first podium finishes was fantastic, and seventh in the championship standings was a good result in such a competitive series.

“I want to build on that and improve this year, and I’m looking to try and finish the season in the podium places.”

EXCELR8 Team Owner Justina Williams welcomed the news that Lockwood will remain part of the multi-car assault on the JCW title for the year ahead.

“We’re delighted to announce Jason as part of our JCW line-up for a third season, as he has become a valued member of the team over the last two years,” she said. “It’s been great to see the progress that he has made so far, and the pace he showed last season – particularly in qualifying – was hugely impressive after a solid rookie year.

“To see Jason score his first podium finishes was really pleasing and he certainly has the talent to make it onto the top step during the season ahead. I’m looking forward to seeing him challenge for his maiden win, and think he can have a role to play in the fight for honours at the front of the field in 2022.”