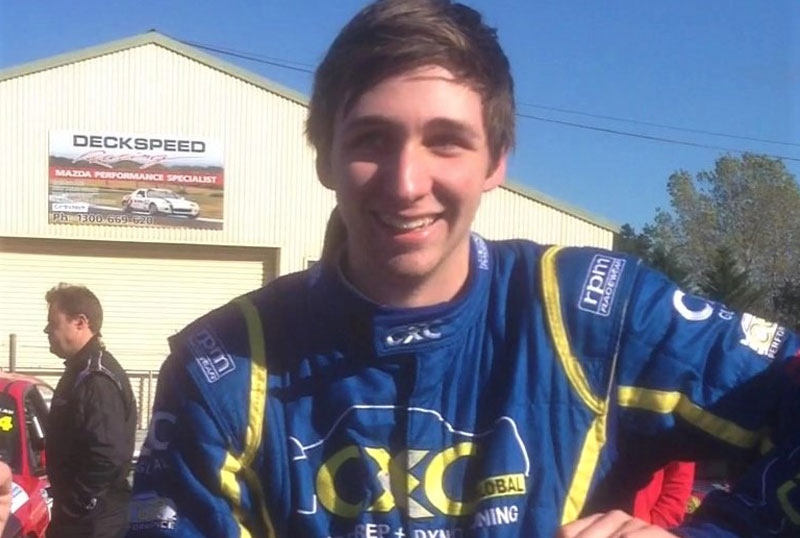 Jacob Andrews will make his debut in the MINI CHALLENGE in the Cooper Pro class with Excelr8 Motorsport. Having competed in karts and cars on the other side of the world in Australia, this will be Jacob’s first foray into racing in the UK.

After taking part in one of the MINI CHALLENGE taster days at Donington Park and being impressed with the car the team and the championship Jacob has taken the decision along with Arrow Machinery to take on the Cooper Pro class with Excelr8 Motorsport.

Jacob had this to say about his 2018 season “2018 is looking to be a very exciting year moving to the mini challenge Cooper Pro class. With the support from Arrow Machinery, who has supported me throughout my racing career, from karts, to Formula Vee and then into production car racing, notably the 2017 Bathurst 6hr and Australian Toyota 86 racing series.

I now have the opportunity to take all the experience that I have gained through the years in Australia and the mentoring from Dylan Thomas that has helped me throughout my racing journey, in order to run competitively in the Cooper Pro class. My ultimate goal for 2018 would be to challenge for the championship overall and win the rookie cup.”

Team manager Daniel Bishop commented “Its fantastic to have Jacob on board for the 2018 season, he jumped in the car and within a very small space of time was really pushing the car whilst still learning every lap and getting to grips with a very new challenge for him, the bug to get back racing whilst studying in the UK was evident! The first year is always difficult in a new championship with learning new tracks but with the team behind him I am sure Jacob will be competing right at the front challenging for the championship”