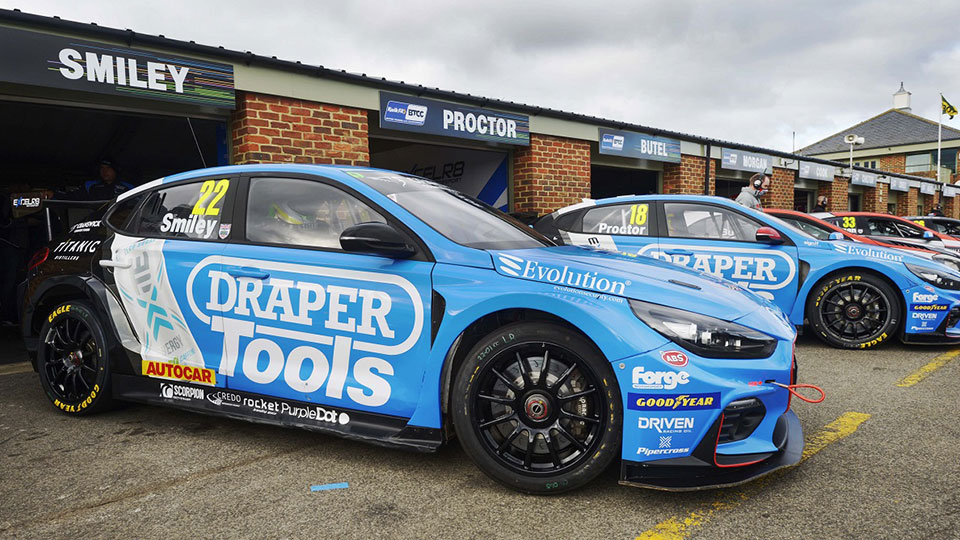 EXCELR8 Motorsport approaches their home circuit at Snetterton for the penultimate round of an intense 2020 season. The Suffolk-based team has been one of the surprises of the year, becoming one of the dominant forces in the battle for top tens and has even proven to be a threat for silverware.

Heading into the round fifth in the Independent Teams’ Championships, the team still has grand aspirations and sitting just 50 points behind BTC Racing, could yet end the year with a top three in those standings.

Based just 12 miles from the circuit, Snetterton was a popular testing ground for the Hyundai i30 Fastback N Performance ahead of this intense season and is one of the few places the team has data to build up a strong performance in front of their eager supporters.

Snetterton itself was a special venue for the team last year, as Sam Osbourne recorded the team’s first ever points scoring finish in an entertaining third race. EXCELR8 will be firing on all cylinders to pull off a similar success story this time out.

Great achievements have peppered EXCELR8’s year, with the team recording their first top ten in the seasons opening race, before picking up their maiden podium and pole position just after. Both drivers have experienced the rostrum this year and will be determined to continue that legacy this weekend.

Chris Smiley will be most looking forward to a return to Norfolk, where last year he picked up a third place and his only pole of the year in the third and final event. A golden memory for the Northern Irishman last year, Snetterton provides the perfect hunting ground to make a return to the top ten.

Equally, Senna Proctor is looking forward to the penultimate round, displaying his superior overtaking skills at Croft last time out. An unfortunate penalty during qualifying denied him of a deserved front row start, yet undeterred, the Yorkshireman strode through the order, recording two memorable top ten finishes.

From the back of the grid, Proctor’s achievements were not to be scoffed at and with another chance to prove himself could yet be an underdog for further silverware.

A new qualifying format, newly introduced for this weekend, will also give the pair an opportunity to perfect their skills. Instead of the usual 30-minute session the drivers will take part in a slightly reduced 25-minute shootout, where the fastest ten will progress. These drivers will then have their laps reset and have ten minutes to determine the top ten on the grid.

The bright blue Hyundai’s will be marking the return to Snetterton with a competition, courtesy of their long-time supporter Credo Asset Finance, who will be offering a Draper Tools Track Pack Prize worth over £800.

Speaking ahead of the weekend, #22 Chris Smiley;

“I’m excited as it’s the only track we’ve tested the Hyundai at before racing around. So we should be up for a good run this weekend. Last year I picked up a lot of good memories at Snetterton, including the podium, and will be determined to repeat it again this weekend.”

“Great to be back at Snetterton this weekend. It is a place where straight line speed is going to be key and I hope the Hyundai performs strongly. Hopefully, we can build on last weekend’s success at Croft.”

All three races will be broadcast Live on ITV4 on Sunday, while fans can check out the new qualifying format on the ITV Hub on Saturday 24th October at 14:15.