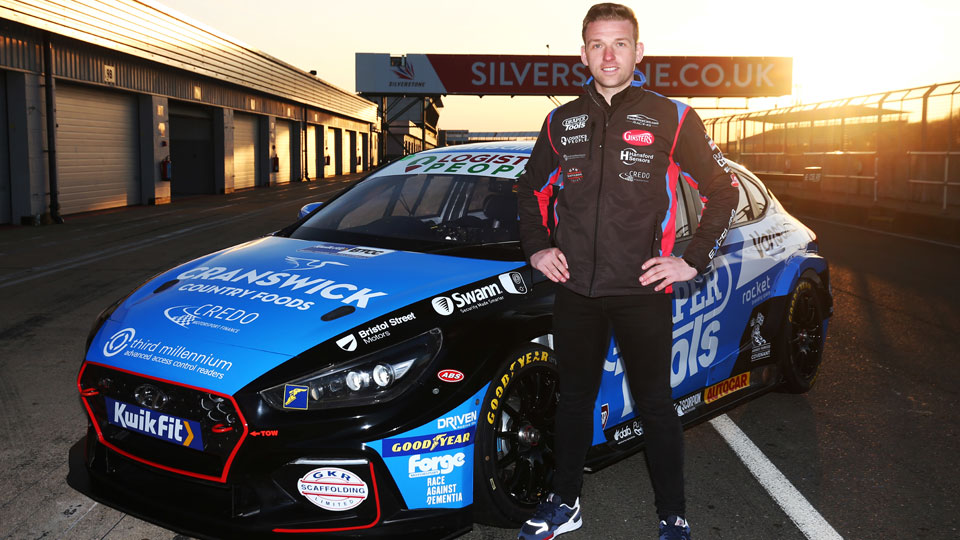 The Ginsters EXCELR8 with TradePriceCars.com team is proud to announce that Cranswick Country Foods Ballymena will remain onboard as a sponsor for the 2021 Kwik Fit British Touring Car Championship season.

Cranswick joined the team’s sponsor portfolio last season as it switched to the all new Hyundai i30 N Fastback, taking up a prime position on the windscreen visor of the #22 entry of Northern Irish racer Chris Smiley.

Founded in the 1970s in Yorkshire, Cranswick moved into food production in the 1980s as one of the first companies to run a ‘farm to fork’ operation, with a focus on providing a food supply chain that is both sustainable and ethical.

Since then, Cranswick has gradually expanded into new sites across the United Kingdom, including the processing plant in Ballymena that is one of the largest of its type in Northern Ireland.

In much the same way that Ginsters EXCELR8 with TradePriceCars.com has established itself as one of the leading teams on track, Cranswick leads the way in food production within the UK.

As a result, it is the only meat processor to currently hold Tier 1 status in the Business Benchmark on Farm Animal Welfare; status it has now held for five years in a row.

As was the case last year, Cranswick branding will feature on Smiley’s car during the season ahead, with his new-look Ginsters EXCELR8 with TradePriceCars.com livery having been revealed during the recent BTCC season launch event at Silverstone.

“I’m really pleased that Cranswick Country Foods Ballymena will remain onboard on my car for the season ahead,” he said. “It’s great to have the continued support of a successful local company, and after a solid first year with the Hyundai in 2020, I’m hoping we can have plenty of success together during the year ahead.”

Cranswick Country Foods Ballymena is one of a number of existing sponsors that will remain involved with the new-look EXCELR8 programme this season as the team doubles in size to four cars following the new and exciting partnership with TradePriceCars.com that was confirmed during the winter.

“These have been hugely challenging times for us all over the last twelve months and we have put a lot of time into ensuring that our sponsors and partners have been able to maximise their involvement with the team,” team owner Justina Williams said.

“We’re delighted that Cranswick Country Foods Ballymena have elected to sign up for a second year supporting our BTCC programme, and look forward to building on the results we gained last season during the year ahead.”

Cranswick Country Foods NI site director Tony Demaine added that the company was delighted to be involved with Chris for a second year as he chases success on track in 2021.

“Cranswick Country Foods Ballymena are proud to sponsor local racing driver Chris Smiley in the 2021 British Touring Car Championship season, particularly with his team’s association with the charity Racing Against Dementia,” he said.

“This is the second year Cranswick has supported Chris, and we wish him success in this year’s championship.”