‘Fits like a glove’: Ingram buzzing after first Hyundai test 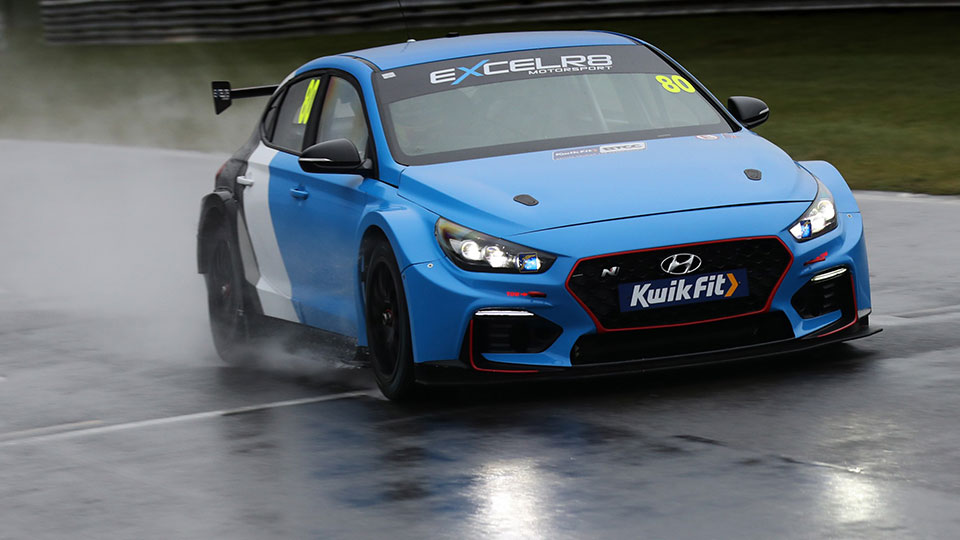 ‘Fits like a glove’: Ingram buzzing after first Hyundai test

Tom Ingram got a feel for his new ‘office’ at Snetterton Circuit this week, as he climbed behind the wheel of the EXCELR8 Trade Price Cars Hyundai i30 Fastback N Performance that he hopes will carry him to the top step of the rostrum in the British Touring Car Championship this season.

Ingram joined EXCELR8 Trade Price Cars – by some margin the most-improved team on the high-calibre BTCC grid last year – back in January, but the 27-year-old’s trip to Norfolk marked his first opportunity to put the Hyundai through its paces. He was immediately impressed.

A new addition to the field in 2020, the i30 was a podium-finisher in only its third start and rapidly established itself as a bona fide front-runner. In 2021, Ingram – twice Independents’ Champion and 16 times an outright race-winner in the UK’s premier motorsport series – is aiming to help propel both the car and team to the next level, by turning EXCELR8 Trade Price Cars into a true title contender.

That process began at Snetterton, and despite a wet and windy start to his pre-season testing with the Hyundai, Ingram was left waxing lyrical about the potential of his new challenger and excited about what lies ahead. The forthcoming campaign – the gifted young Bucks ace’s eighth in the BTCC – will rev into life at super-fast Thruxton in Hampshire on 8/9 May, with all of the action season-long to be broadcast live and in high-definition on ITV4.

“It felt awesome to get back into a race car! It had been ages since I’d been on-track in a touring car and the conditions were really wet, cold and greasy on the first day, but the Hyundai ran faultlessly and gave me a positive feeling straight out-of-the-box.

“The main objective was to make sure everything was working as expected, and we treated the test a little bit like a shakedown, putting into action a lot of our new development parts for 2021. We were running the 2020-spec car because mine is still in-build at the moment, but it was really good to gauge the i30’s performance and I was genuinely very impressed. It felt quick and very stable with it.

“Obviously it’s a completely new car for me with an entirely different philosophy to what I’ve driven before – the seat, the steering wheel, the gear lever…everything was in a different place to what I’m used to – but it fit like a glove and within just a handful of laps, I already felt very much at home.

“Given the weather, it was difficult to properly baseline ourselves against anybody else there, but everything felt very easy, if I’m honest – like it was what we had always done. I’ve got a great team of guys and girls around me here at EXCELR8 Trade Price Cars – everybody was absolutely brilliant – and my engineer ‘Spenny’ slotted in seamlessly, which was great to see.

“The second day was even better. We finally got some dry running and wound up setting a lap time that would have put us on the front row of the grid during the race weekend at Snetterton last October – and on old tyres, too! We were fast in all conditions, which was immensely encouraging, and with all the winter upgrades yet to be applied, we will improve the Hyundai considerably between now and the start of the season. We’re only just scratching the surface.

“There’s no question that the i30 has all the ingredients to be a cracking race car, and I think we’re in a really good place – I see no reason at all why we won’t be right up at the sharp end from the outset, which is very exciting. My goal come Thruxton in May is to pick up from where I left off at the end of last year. Ultimately, I want to win the championship.”

“It’s fair to say we’d all been looking forward to this test since signing Tom earlier in the year – and it certainly didn’t disappoint. He has settled into the team here at EXCELR8 Trade Price Cars so well, and it really doesn’t feel like building a new relationship. He immediately established an excellent rapport with our engineers and technicians, and the feedback he delivered during the course of just these initial two days is already allowing us to pursue exciting new avenues with the Hyundai i30.

“Tom is very much in my view the best BTCC driver on the grid, both on and off-track. I have no doubt that with his experience, skillset and raw pace behind the wheel, EXCELR8 Trade Price Cars will progress to become not only a regular podium-finisher and race-winner, but indeed a genuine championship challenger. He is also a perfect team player, and together with his talented team-mates Chris Smiley, Jack Butel and Rick Parfitt Jr, he will be a major factor in driving the whole team forward during what promises to be a fantastic season ahead.”