EXCELR8 with TradePriceCars.com readies for grand finale at Brands Hatch 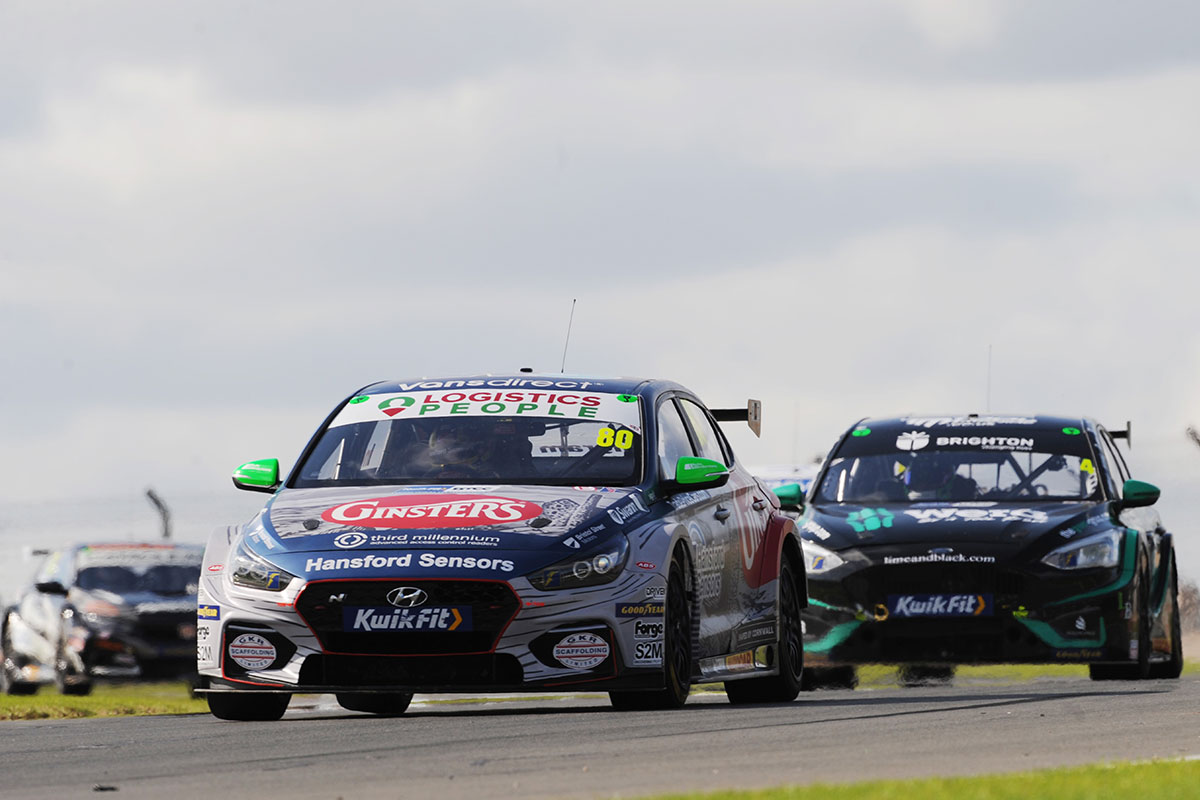 EXCELR8 with TradePriceCars.com readies for grand finale at Brands Hatch

The EXCELR8 with TradePriceCars.com team will look to end a breakthrough campaign in the Kwik Fit British Touring Car Championship on a high this weekend when the series heads to Brands Hatch for the final rounds of the year.

The Suffolk-based team has enjoyed its best season by far in Britain’s premier racing series, and makes to the trip to the famous Brands GP circuit amongst the contenders for championship silverware in a five-way fight for the crown.

Tom Ingram is the man who leads the team’s challenge going into the final round having scored his eighth podium finish of the campaign last time out at Donington Park, where he only missed on win number four of the year after a contentious penalty in race two.

With a maximum of 67 points still up grabs across the three races, Tom sits 38 points behind Ash Sutton in the standings in third place, but is only six points behind Colin Turkington as he seeks to at least match his best overall finish of second back in 2018.

Tom is also in contention for a third Independents’ Trophy, where he currently sits second to Sutton, and will be chasing his 50th BTCC podium this weekend as he seeks to end the year on a high.

Northern Irish racer Chris Smiley once again displayed strong pace at Donington Park as he added another pair of top twelve finishes to his tally, having already surpassed the points tally he secured in his first year with the Hyundai twelve months ago.

Chris has been a regular fixture in the points this year and has a dozen top ten finishes to his name, with his goal being to add to that tally to cement a top 15 championship finish – with the potential that a strong weekend on track could see him match his previous best of 13th.

Rick Parfitt heads into the final round of the campaign having taken huge strides forwards over the course of his debut season in touring cars, with the double British GT champion showcasing his ever improving speed in front-wheel drive machinery in recent events.

Having shown he can match the top ten runners for race pace on more than one occasion, Rick goes into the weekend looking to try and qualify towards the top 20 to give him the best possible chance of challenging for points during the final meeting of the campaign.

With Jersey racer Jack Butel ruled out of action as a result of concussion suffered in an incident at Donington Park, Andy Wilmot will step into his car for the season finale at his home circuit, with the 2020 Volkswagen Racing Cup champion having spent this season running a part campaign in TCR UK.

“I love the Grand Prix circuit at Brands Hatch – it’s one of the best on the calendar without any shadow of a doubt. I think the weather could be interesting because we are going there late in the year and that might mix things up a bit.

“We showed good pace when we went to Brands Hatch on the longer layout last season and that was still very early in the year with the car and we were only really scratching the surface with it then. Going back with a much improved package, I’m hopeful we can end the year with some strong results.”

“I’ve always gone well at Brands GP in the past and have qualified on pole there amongst the Am drivers multiple times in British GT. It’s going to be totally different this weekend in the BTCC car, and once again, the first time I will drive the circuit in the Hyundai will be when we head out for FP1 – meaning it will be another steep learning curve.

“However, at Donington Park I came from having zero point of reference going into the weekend to being pretty much as quick as anyone by the end of race day, but getting track position is what is ultimately going to be key when it comes to results.

“Of course I’d love to get into the points and my pace has shown I can run higher up the order. Trying to come from 25th or 26th to score points is tough so I need to try and qualify a bit better and then hopefully get into a position to fight for those mythical points on race day.”

“At the start of the season, one of our goals was to be in contention for the championship when we got to the final rounds, and that is the position we now find ourselves in as we return to Brands Hatch.

“It’s clear to see that Ash is the overwhelming favourite given the lead he has in the standings, but as we’ve seen in the past, anything can happen in the BTCC – particularly on the final weekend. The only way we can approach this weekend is to focus on doing the best job that we can do, try to score as many points as possible and just see what happens.

“As has been the case for most of the year, carrying weight into the weekend is going to hurt us in qualifying and race one, but I’ve got nothing to lose and will be giving all I can to end the season on a high and hopefully fight for some more silverware.”

“To be going into the final rounds of the season in contention for the championship in our third year in the BTCC is a fantastic achievement, and regardless of the outcome, I’m hugely proud of the progress we have made as a team this year.

“I’m confident that both Tom and Chris will be in the mix towards the front of the field this weekend, and if Rick can replicate the pace that he has shown in recent events, there is no reason why he can’t be firmly in the hunt for points to end his year on a high.

“It’s a huge shame that Jack is unable to compete this weekend and there is no pressure on Andy in terms of results as stepping in at this stage of the year is a huge challenge for him. Hopefully he can work his way forwards across the weekend and push for some solid results.“