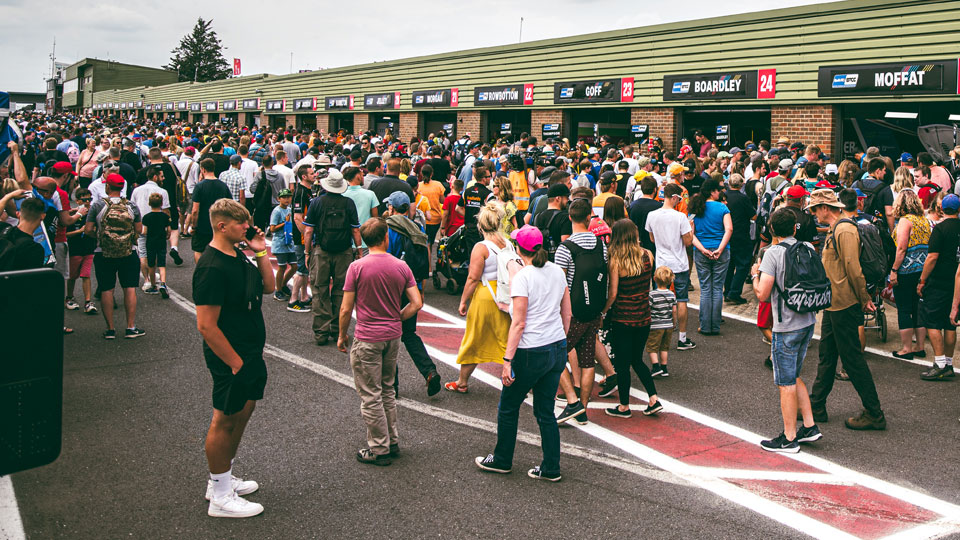 The EXCELR8 with TradePriceCars.com team can today announce the launch of its all new BTCC Fan Club, providing race fans with the chance to show their support for the Hyundai team throughout the remainder of the 2021 Kwik Fit British Touring Car Championship season.

The launch of the new EXCELR8 BTCC Fan Club has been timed to coincide with fans being able to return trackside for the first time since the 2019 season finale, with a limited number of tickets being available for the upcoming race meeting at Snetterton – the home circuit for the Suffolk-based team.

Subject to government guidance, a larger number of fans will then be permitted from round three of the year at Brands Hatch in late June.

Signing up for the new EXCELR8 BTCC Fan Club will provide fans with the opportunity to show their support for the team – either trackside or from home – as it embarks on its biggest touring car programme to date.

For just £88, members will be given the chance to gain behind the scenes access to the team and drivers Tom Ingram, Chris Smiley, Jack Butel and Rick Parfitt both on and off track through an exclusive members-only Facebook group, and a special priority news letter.

Each fan will be given a special welcome letter alongside their own membership pass featuring a unique fan ID, and a package of team-wear, comprising of team shirt, team cap and face mask.

A signed team poster, signed driver bio cards, team sticker and keyring will also be provided – all of which can be carried in a special team rucksack.

Competitions will be offered to Fan Club members by both the team and its partners, and special rates on tools with long-time backers Draper Tools ready for launch.

To celebrate the launch of the EXCELR8 BTCC Fan Club, the first 88 people to sign up as members will also receive the chance to enjoy a grid walk at a BTCC meeting of their choice during the season.

“The past twelve months have been extremely challenging for us all, but as we prepare to welcome BTCC fans back to the track, we are delighted to announce the launch of our new Fan Club,” team owner Justina Williams said.

“From speaking to supporters in recent months, it has become clear to us that fans have a desire to get closer to the action and want to become more involved with the team, and the Fan Club has been designed to do just that.

“We’ve worked with our partners to put together a package that will not only allow fans to support the team and our four drivers as we chase success on track, but also to gain an insight into other elements of the team that they wouldn’t ordinarily see.

“The fans are a crucial part of the British Touring Car Championship, and we are excited about the prospect of strengthening our ties with them during the year ahead.”