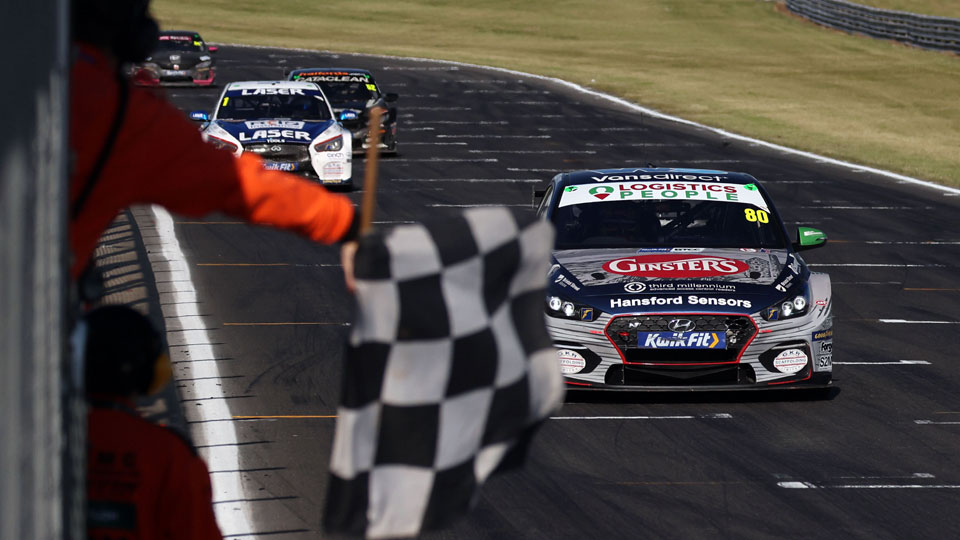 EXCELR8 can today confirm that it has started work on a Research and Development programme to investigate the feasibility of building a new Hyundai-based engine for the 2022 British Touring Car Championship season.

The R&D programme, being undertaken thanks to the valued support of Hansford Sensors, will be conducted in the coming months alongside Swindon Powertrain, which has supplied engines to the Suffolk-based team since it moved into the BTCC.

The move to undertake the study has been taken as EXCELR8 seeks to further establish itself in Britain’s premier racing series, having taken huge strides forwards since joining the touring car grid in 2019.

After a learning year with the ageing MG6 GT, the introduction of the new Hyundai i30 Fastback N last year saw EXCELR8 become regular contenders for top ten finishes, with the team continuing its forward momentum as it celebrated a maiden BTCC win earlier this year.

Eager to build on the impressive progress made thus far, and with a desire to forge closer ties with Hyundai owners and fans, the R&D programme will fully explore the potential benefits of introducing a new power-plant built specifically for the i30 Fastback N.

Key to the final decision over whether to use the engine will be investigations into the potential gains for the Hyundai, given that the TOCA engine, as presently fitted to the car, is subject to the same performance tuning opportunities.

Further work will explore the way in which a bespoke unit could allow the team to better manage the balance between performance and reliability over the course of a full 30 race season, and on how it could provide greater opportunity to integrate the new Cosworth hybrid system being introduced by the BTCC for 2022 into the Hyundai package.

Multiple championship winners in the MINI CHALLENGE, EXCELR8 is looking to challenge for a first BTCC title this season, with leading driver Tom Ingram currently sitting second in both the overall and Independents’ standings after three rounds of the campaign.

A final decision on whether to push ahead with the Hyundai engine programme – or whether to use the latest incarnation of the TOCA engine – will be taken later this year.

Justina Williams, EXCELR8 Motorsport team owner, said:
“When we first joined the BTCC grid, we made it clear that we had a long-term plan to establish ourselves in the series and had no intention of simply making up the numbers. Despite the many challenges that we have all faced over the last 18 months in particular, we have made huge progress in taking on the build of our own car, and then in developing it into the race winning package that we have this season.

“The BTCC as a series is one that is constantly evolving and if we want to maintain the progress that we have made so far, we need to look at what we can do to ensure that we continue to challenge at the front of the grid. This R&D project is an opportunity to explore the way in which we can continue to grow as a team, and can also maximise our chances of success on track in the new hybrid era.

“We are lucky to have a very talented group of engineers within our team to work on this R&D project and in Swindon Powertrain, we have a partner that has a proven record of success when it comes to developing engines that are capable of fighting for race wins and championship titles.

“As ever, the support of our commercial partners is a key factor in how we operate as a race team, and this programme wouldn’t have been possible without the backing of Chris and the team at Hansford Sensors. Having joined us alongside Tom Ingram at the start of the year, we have quickly developed a very strong working relationship and we share the same goals when it comes to what we want to achieve on track during the remainder of this season and beyond.

“There is a lot of hard work ahead in the coming months as we fully evaluate the options that are available to us, and ultimately we will only push ahead with a full engine programme if we know that it is the right decision for everyone involved.”

Raphaël Caillé, MD Swindon Powertrain Ltd, said:
“Our engineers have enjoyed working with the team at EXCELR8 in recent years, and I would like to thank them for trusting our company to lead the R&D project for this programme.

“The development of high performance powertrains is our speciality, and our engineering team is hard at work making the most of the opportunity to work on this new engine for the Hyundai. We look forward to delivering everything that the team is looking for from the R&D project in the coming months.”

Chris Hansford, MD Hansford Sensors, said:
“From the moment Tom Ingram joined forces with EXCELR8 at the start of the year, we have been hugely impressed at how the team operates and that has given us the confidence needed to increase our support and get involved with this new R&D programme.

“We have supported Tom for many years in his motorsport career, with the goal always being to help him fight for race wins and challenge for championship titles. Joining forces with EXCELR8 and Swindon Powertrain on this research project is the next step towards helping Tom, and the team, to continue challenging at the front as they have done so far this season.”