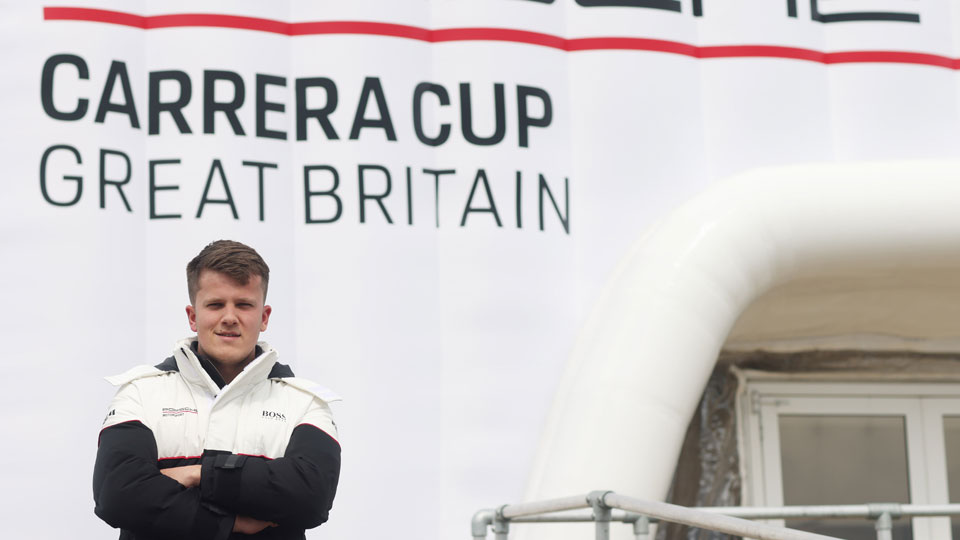 The Suffolk-based team will add the Porsche programme to an ultra-successful racing portfolio that has seen it secure multiple championship titles across the MINI CHALLENGE, and also develop into a front-running outfit in the British Touring Car Championship.

The decision to enter the Porsche Carrera Cup comes at an exciting time for the fastest one-make series in the UK, which this season is featuring the latest incarnation of the Porsche 911 GT3 Cup car – the Type 992 – for the first time.

As part of a longer-term goal of fighting for championship honours, EXCELR8 Motorsport will spend this year undergoing an extensive testing programme with the Porsche in preparation for the 2023 season.

Ahead of that, the team will make its race debut with the Porsche in the Silverstone round of the current campaign in September.

Rising BRDC star Bird will make the move into the Porsche Carrera Cup as the latest step in his career, with the youngster – who is set to compete in the Pro-Am class – aiming to one day compete in the prestigious Le Mans 24 Hours.

A championship-winning karter in his formative years, Max has enjoyed plenty of success on track since making the move into car racing having battled at the front of the pack in both the Ginetta GT5 Challenge and the MINI CHALLENGE in recent years.

The latter is where his relationship with EXCELR8 Motorsport began, with the 21-year-old joining forces with the team for his assault on the 2021 championship.

Scoring three poles in the opening three meetings, Max would secure three race wins and eleven podium finishes from 19 starts to finish second in the standings after a memorable championship battle that went right down to the wire.

As well as scoring more poles and podiums than anyone else on the grid, Max led the most laps across the season to reflect his position as one of the standout performers on the grid.

EXCELR8 Motorsport is hoping to take delivery of its new Porsche 911 GT3 Cup car in the summer, with further news to follow in due course.

“I enjoyed a hugely successful season in the MINI CHALLENGE with EXCELR8 last year, and I’m delighted to continue my relationship with them as we make the move up to the Carrera Cup.

“As someone who aspires to race at Le Mans in the future, competing in such a prestigious series is something that has been a dream for me and I’m hugely excited that the dream will be realised next year.

“Using this season to test with the car will give us the opportunity to learn everything we need to know about the Porsche so that when we then join the grid, we are able to hit the ground running from the very start. Although we won’t be racing until the final round this year, we’re certainly going to be busy.

“EXCELR8 as a team has shown what it can do in both the MINI CHALLENGE and the BTCC and I know they will provide me with a great package. The aim will be to run towards the front of the Pro-Am field and challenge for the Rookie Cup.”

“We’re delighted to confirm our plans to expand into the Porsche Carrera Cup, particularly when we will be doing so alongside Max. As he showed last year, he is an extremely talented young driver who we know can go a long way in his career and we are confident that he will make an impression in the Porsche next season.

“There are some very experienced teams already competing in the Carrera Cup, so we want to be as prepared as we can be before we take to the track in anger, and we are planning to get out testing as soon as possible once we take delivery of the car.

“We have shown with our BTCC programme that we relish a new challenge, and we are fully focused on replicating the success we have enjoyed elsewhere in this programme.”