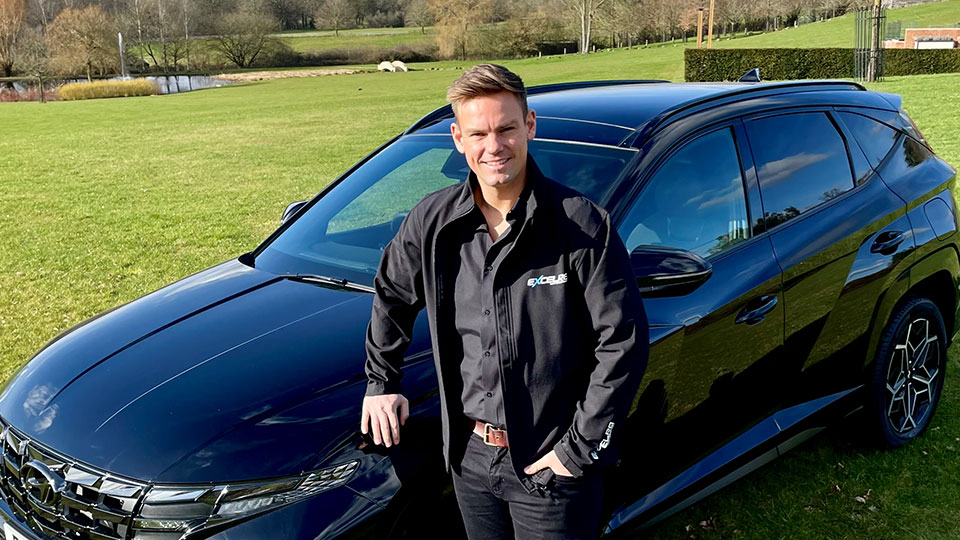 The 36-year-old will line up alongside fellow BTCC winners Tom Ingram and Daniel Lloyd at the wheel of one of EXCELR8’s Hyundai i30 Fastback N machines, with the Suffolk-based team continuing to strengthen as it seeks to fight for championship honours during the year ahead.

Tom made his BTCC debut back in 2002 at the age of just 17-years-old, scoring a podium finish in his first ever race in the series at Brands Hatch.

From there, he went on to enjoy spells with both the Honda and Vauxhall factory teams and secured the 2010 Independents’ Trophy before making the move to the FIA World Touring Car Championship in 2012.

A six season stint in the WTCC saw Tom secure multiple race wins against the cream of the touring car crop; the highlight coming in 2017 when he finished third overall and took the Independents’ Trophy whilst driving for the team of multiple WRC title winner Sébastien Loeb.

Having rejoined the BTCC grid the same season in a dual programme, Tom went on to secure his best overall finish of third in 2018 and joins forces with EXCELR8 at an exciting time for the Hyundai squad as it bids to build on a breakthrough season that saw it victorious in Britain’s premier racing series for the first time.

A veteran of more than 550 touring car starts, Tom brings a wealth of experience to the team as it embarks on a new challenge with the introduction of hybrid technology, including a season in the PURE ETCR series for electric cars.

With the new hybrid system requiring drivers to manage when they deploy an additional ‘boost’ of power on track, that prior knowledge of racing in ETCR could prove key during the season ahead as teams and drivers work to understand the new technology.

After a planned pre-season testing programme, Tom’s debut in EXCELR8 colours will come at Donington Park in late April, with his goal being to add to an impressive record of 14 wins and nearly 60 podium finishes as he bids for a first overall title.

“I’m massively excited to announce this deal with EXCELR8 for 2022, and I’m going back to what I know with a front-wheel drive touring car,” he said. “There were a lot of teams interested in doing a deal for this season in both the BTCC and elsewhere, but having spoken to Justina, it was clear to see how serious the team is about winning – and that is backed up by the strong commercial partners that are in place.

“There is so much work that has gone into putting the right people in place from the engineers behind to the scenes to the drivers in the cars, and I think we’ll all be able to work together to help the team move forwards again this year. I’m particularly looking forward to working with Tom as I feel he is a quick driver who has a similar driving style to me and with our experience, and the speed that Dan has also shown in the past, I believe we already have one of the strongest line-ups on the grid.

“The new hybrid system is going to mix things up a bit this year but I feel the experience I gained last year in ETCR is something that will give us an advantage. I was working with some of the smartest guys in the business with Hyundai Motorsport and was able to learn a huge amount that we can try and benefit from this season, particularly early on when everyone is trying to get up to speed.

“Having won an Independents’ title and been in the top three overall in the past, I really want to challenge for the overall title, and my full focus is on trying to achieve that goal with EXCELR8 this season. Roll on the opening rounds!”

Team Owner Justina Williams said she was delighted to welcome Tom into the fold for the new season.

“When it became clear that Tom was on the market for 2022, we were keen to try and bring him into the EXCELR8 family,” she said. “Throughout his career, he has been a consistent front-runner in both the BTCC and in FIA World Touring Cars against some of the very best drivers there is, and the chance to sign a driver with that kind of experience doesn’t come along very often.

“Tom brings a lot of knowledge to our programme for this season as we seek to build on the success we enjoyed last year, particularly when it comes to the hybrid system as how you manage that element of the racing is going to be key this year.

“For us as a team, the focus has to be on fighting for championship silverware, and we know that Tom holds the same end goal. Alongside Tom Ingram and Dan Lloyd, we now have three drivers in the team who are proven race winners and who have championship titles to their name, and that leaves me hugely excited – and confident – about the season ahead.”

Further news on EXCELR8’s 2022 British Touring Car Championship programme will be announced in due course.