EXCELR8 Motorsport is proud to announce Rob Smith as the first driver of their 2019 BTCC debut. 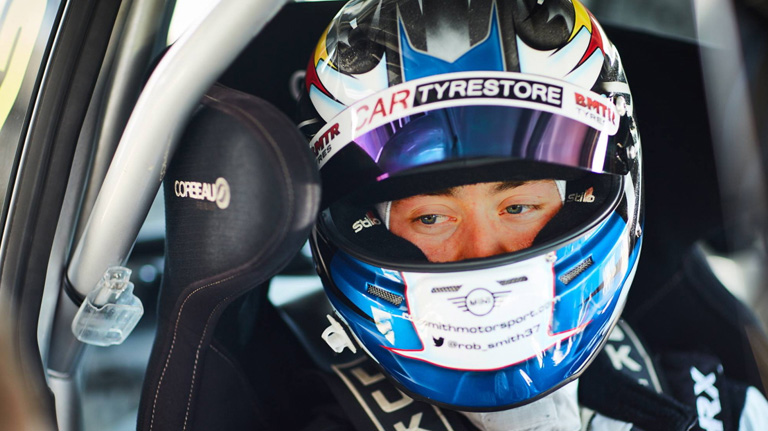 EXCELR8 Motorsport is proud to announce Rob Smith as the first driver of their 2019 BTCC debut.

After publicly announcing our expansion into the top tier of British Motorsport we are proud to have Rob onboard with us for another season and taking the step up into the BTCC paddock with EXCELR8.

Rob has been a key member of the EXCELR8 team for a number of years, being heavily involved in the development of a number of projects as well as being the EXCELR8 and MINI UK flagship driver for the MINI CHALLENGE.

Team Manager, Oliver Shepherd said; “Rob has been a big part of our team for a number of years now and has somewhat become ingrained within our EXCELR8 family. This is something that he has spent a lot of time and effort working towards and we are really grateful as a team to be able to continue our journey together and step up to take on the BTCC in 2019. Rob has really shown his ability in the MINI CHALLENGE for the last couple of years and I have no doubt he has the ability to maximise this opportunity with us, not only in his driving ability but also team and driver bond that enables us to work so well together.”

Driver, Rob Smith added; “It’s an absolute dream come true to be stepping-up to the British Touring Car Championship for 2019, and especially to be doing it with Excelr8 Motorsport.
As soon as I joined the team in 2014 it was clear that we both saw our future in the BTCC, so it’s fantastic to finally make it a reality.
I have no doubt it will be a steep learning curve for both myself and the team, but continuity is key so hopefully by extending our relationship we will be able to add to the success we’ve already achieved. The MG6 is a proven package and one of the most successful cars of the NGTC era, so we have an excellent platform to build from and I know the team has some exciting plans for the future.”

Since we announced our expansion we have been overwhelmed with nothing but positive support and interest for the team. We have been approached by over a dozen driver prospects, with and without current BTCC experience as well as daily enquires for team positions, sponsorship and more.  We are really excited for the future prospects of our BTCC expansion and the other opportunities it will create.