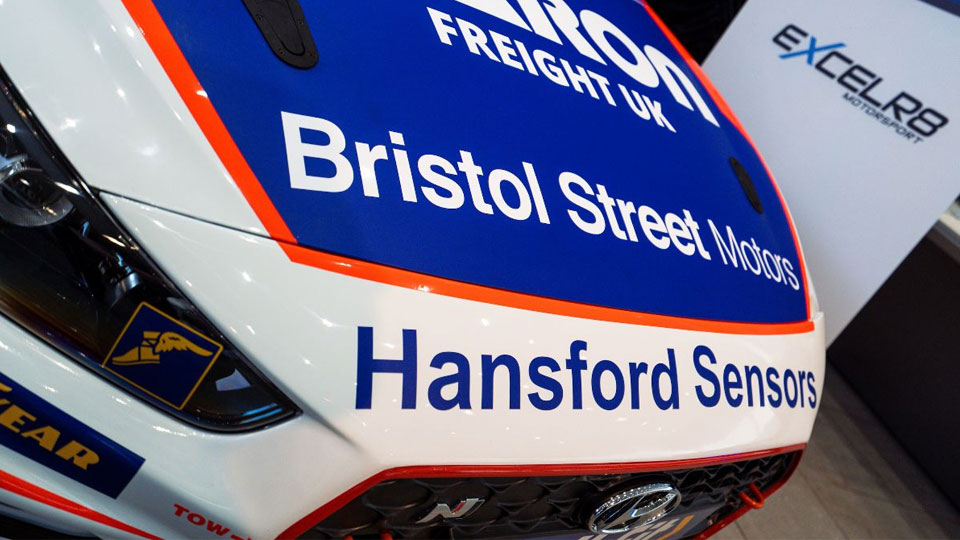 EXCELR8 Motorsport can today confirm that it will move ahead with plans to run a new Hyundai-based engine for the 2022 Kwik Fit British Touring Car Championship season.

The Suffolk-based team announced last summer that it was to carry out a Research and Development programme to explore the feasibility of a new bespoke power plant for the four i30 Fastback Ns it currently runs in Britain’s leading race series.

The R&D programme, undertaken thanks to the valued support of Hansford Sensors, has taken place in recent months in conjunction with Swindon Powertrain, which provided the spec TOCA unit that EXCELR8 has run for the last three years.

Encouraging results from the feasibility study resulted in the decision to give the Hyundai engine programme the green light, with a key part of the R&D study having been an investigation into the best way to integrate the BTCC’s new hybrid system into the Hyundai package.

Following the conclusion of the study, the all-new engine was given its track debut this week during two days of running at Snetterton.

Despite being the first time that the new engine had been run in anger, the new Hyundai unit performed faultlessly across the duration of test, enabling both the team and Swindon Powertrain to collect valuable data that will now be examined as part of the ongoing development process.

Further testing of the new engine is planned in the coming weeks, including three official BTCC sessions, before the racing action kicks off in late April.

Justina Williams, EXCELR8 Motorsport team owner, said:
“We’re delighted to confirm that we will be running the new Hyundai engine this season following a successful R&D programme alongside Swindon Powertrain. A huge amount of work has gone in behind the scenes in recent months to get to this stage, and to see the new engine run without issues straight out of the box is credit to everyone involved.

“The decision to push ahead with a project such as this is a major indication of our drive to reach the pinnacle of the British Touring Car Championship, and wouldn’t have been possible without the support of Hansford Sensors.

“Although Chris and his team have only been part of our programme for the past twelve months, we have forged strong ties through our shared desire to make a success of our programme with the Hyundai and I’m confident that we can look forwards to a strong year together in 2022.”

Raphaël Caillé, MD Swindon Powertrain Ltd, said:
“After the development work that has been ongoing in recent months, the first test on track was a key milestone for the Hyundai engine programme. The engineers at EXCELR8 have done a superb job in integrating the new engine into the car as there were no issues at all and from our perspective, the test went exceptionally well.

“From here, the next milestone will be to get the new engine fitted to the remaining cars so that we can continue with the testing programme and prepare for the start of the new season at Donington Park. We’re all looking forward to it.”

Chris Hansford, MD Hansford Sensors, said:
“It was great to be given the opportunity to get involved in this exciting project and to support EXCELR8 in achieving its goals. The support from Raphaël and his team at Swindon has played a key part in this programme, and it is fantastic to now see testing underway and the car out on track with the new Hyundai engine fitted. We are all looking forward to the first race at Donington”