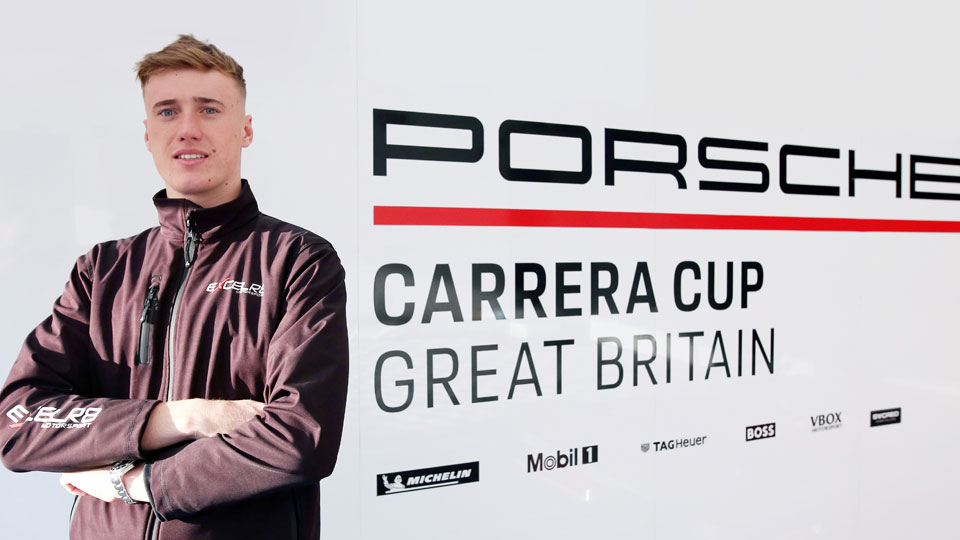 EXCELR8 Motorsport can today announce that Jason Lockwood will remain with the team when he moves into the Porsche Carrera Cup GB for the 2023 season.

The Derbyshire racer has raced in EXCELR8 colours throughout his on-track career to date, having joined its title-winning MINI CHALLENGE programme back in 2020.

Third in the rookie cup in his debut season, Jason would battle his way onto the podium for the first time in 2021 before a breakthrough 2022 campaign saw him grab a maiden career win.

That win, alongside seven further podium finishes, saw the 21-year-old challenge for championship honours all the way to the season finale at Brands Hatch before ending the year in fifth place in the standings.

Jason becomes the second driver announced for EXCELR8’s new entry into the fastest one-make series in the UK, with fellow MINI CHALLENGE front-runner Max Bird having been named as the first driver for the programme earlier this year.

The entry into the Carrera Cup will be part of EXCELR8’s biggest season to date in 2023, as it bids to try and defend the British Touring Car Championship title it secured this year with Tom Ingram.

The team will also chase title glory in the Quaife MINI CHALLENGE, with multi-car entries into both the JCW and Cooper classes.

Jason is due to sample the new Type 992 version of the Porsche 911 GT3 Cup car during Porsche GB’s upcoming taster day before EXCELR8 takes delivery of its own cars to begin pre-season testing in the new year.

Jason Lockwood, EXCELR8 Motorsport driver, said:
“After three years in the MINI CHALLENGE, I feel the time is right for a new challenge and the Carrera Cup GB is the ideal next step. The series is hugely competitive with the same high profile that comes from being part of the BTCC package, and I think it offers the best career opportunities for me going forwards.

“I’m really looking forward to moving into sportscar racing and making the switch to rear-wheel drive, particularly when I’m going to be doing it alongside EXCELR8. I’ve been with the team since my first car race, so we have developed a really good bond, and we now have the opportunity to learn together as we move into Porsches.

“Because 2023 is going to be something of a learning year, I don’t feel any pressure in terms of results, although I’d like to think that I can be challenging for a place on the Pro-Am podium as the year goes on. However, the primary focus is to keep the car on track to maximise the track time available, and to have fun.”

Justina Williams, EXCELR8 Motorsport Team Owner, said:
“We’re absolutely delighted to announce that Jason will be part of our new Porsche programme for 2023.

“Since he joined us for his first race, we’ve seen him take huge strides forwards to develop into an extremely talented driver, as he showed over the course this season. He was consistently at the front of the field in what was a very strong season in the MINI CHALLENGE and showed what he can do by being a title contender until the final round.

“Although the move to the Carrera Cup is a big step up, we’re confident that Jason has the talent to succeed, and we look forwards to working with him to take this opportunity with both hands.”