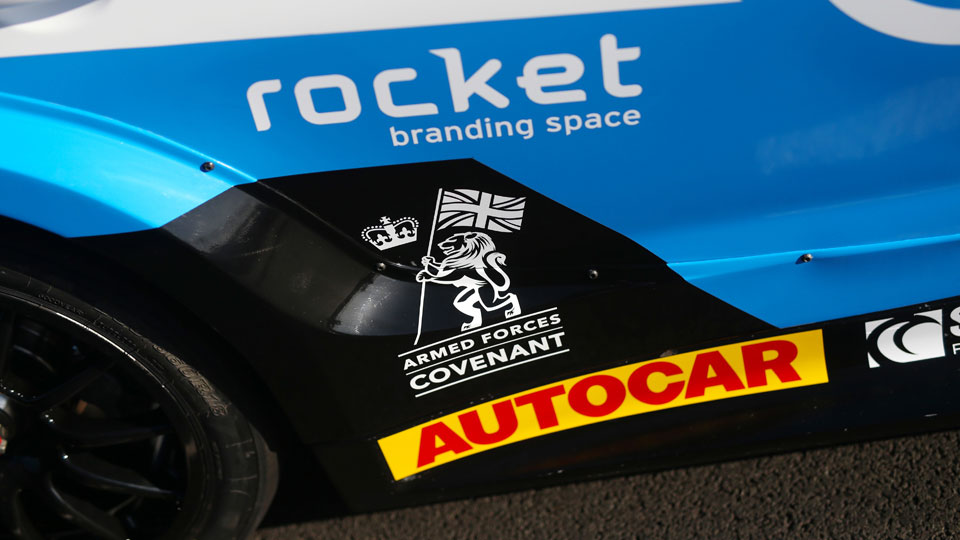 EXCELR8 will enter its third season in Britain’s biggest racing series this season running an expanded four-car programme, with confidence high about challenging for championship silverware for the first time.

The Suffolk-based team has enjoyed strong links with the Armed Forces for a number of years, with team owner Justina Williams acting as a female STEM (science, technology, engineering and mathematics) Ambassador to the British Army.

The decision to strengthen ties with the Armed Forces through the covenant comes from the involvement of Alan Crozier as a valued team member since 2019.

Alan is a Squadron Sergeant Major at 22 Field Hospital, and a veteran of more than 22 years service in the Army.

The covenant is designed to ensure members of the Armed Forces are not disadvantaged with services and products compared to their civilian counterparts.

This support can take various forms, from financial assistance and access to healthcare, through to education and help in launching a new career following the end of an individual’s time in active service.

In a bid to show its support for those people who have served our country, the EXCELR8 BTCC team has signed up to the covenant and will proudly fly the flag for servicemen and women throughout the 2021 season.

The Armed Forces Covenant logo will feature across the team’s garage boarding, race trucks and also on the Hyundai i30 N Fastback of Chris Smiley to raise awareness of the covenant and the valuable support that it provides.

EXCELR8 is looking to be awarded a bronze award in the Defence Employer Recognition Scheme (ERS), having been nominated by Alan Crozier for the support it has provided to him in recent years.

“I have known Justina through EXCELR8 Motorsport for many years now,” he said. “The team has always been helpful and supportive when I have been seeking help and advice for Army motorsport activities, so when it stepped up to the British Touring Car Championship, it was the natural place for me to look for advice on my transition into civilian life.

“Justina has been great and very helpful in terms of providing me with advice, and also mentoring me for future employment. As I have discovered more about the team, I have been made aware of how much it supports our service personnel through STEM activities, presentations and even having a soldier working as part of the pit crew in 2019.

“It’s not surprising that the team has now signed up to support the Armed Forces Covenant, and I look forward to seeing how this develops in the future.”

The team will continue to work towards both silver and gold awards within the ERS, with a firm determination to support the armed forces community as much as possible going forwards.

“We’re delighted to have signed up to the Armed Forces Covenant to further show our support for the great work that our servicemen and woman carry out,” team owner Justina Williams said.

“As a team, we are proud to have been involved with the Army for a number of years promoting STEM careers, and have been able to benefit from the expertise of people with a background in the Armed Forces within our racing programmes.

“Given the high profile that comes from being part of the British Touring Car Championship grid, signing up for the Armed Forces Covenant gives us a fantastic opportunity to promote the cause to a wider audience and we are looking forward to working with more people like Alan in the future.”