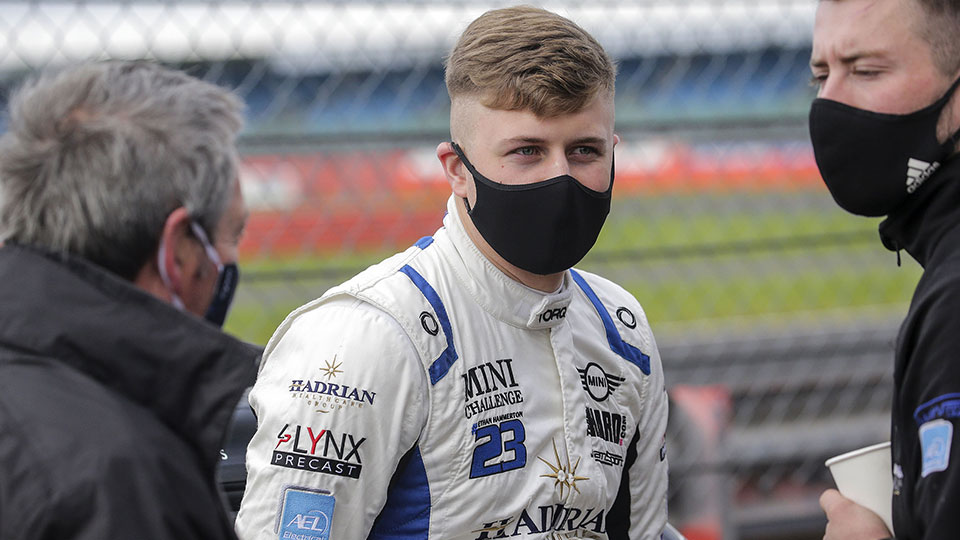 Young star Ethan Hammerton will make a return to the MINI CHALLENGE for the 2021 season after joining forces with EXCELR8 Motorsport for his second year in the series.

The 20-year-old from North Yorkshire made the step into the JCW class twelve months ago, having previously gained a wealth of experience in tin-top racing despite his relatively young age.

A vice-champion in both the Junior Saloon Car Championship and the Renault Clio Cup Junior series after first making the move into car racing, Ethan would go on to secure podium finishes in the VW Racing Cup and was a race winner in the Renault Clio Cup during the 2019 campaign.

In the midst of that, he also became the third youngest driver to compete in the prestigious British Touring Car Championship after joining the grid for the final two rounds of the 60th anniversary season in 2018 aged just 17.

Ethan’s 2020 season would see him compete in the opening three meetings of the JCW season, before he was given the chance to return to the BTCC grid for the final two events of the year at Snetterton and Brands Hatch; competing for the Trade Price Cars Racing team that has now partnered with EXCELR8 Motorsport for 2021.

Returning to the JCW grid this year, Ethan will seek to regularly fight towards the front of the grid during the year ahead, with his focus on battling for silverware over the course of the 19 race season.

“I am really looking forward to getting started with EXCELR8 and working with them during the 2021 season,” he said. “The three MINI CHALLENGE rounds I did in 2020 gave me some good experience of the car, and although at times it was difficult, we still got picked up some solid results and showed good pace.

“EXCELR8 is a great team and one that is known for its success in the MINI CHALLENGE, so I have no doubt it will provide me with a great car to push towards the front of the grid, which is ultimately where I want to be.”

Team owner Justina Williams believes Ethan will be a strong addition to the EXCELR8 line-up for the year ahead.

“Ethan is still very young, but brings a huge amount of experience from the different championships he has competed in during his career to date,” she said. “He has proven himself to be quick in a range of different cars, and we are looking forward to seeing what he can achieve during the year ahead.”

The JCW season will kick off at Snetterton in June, with a further six meetings through the remainder of the year to decide who is crowned champion when the campaign ends at Brands Hatch in October.