Draper Tools Return for 2021 with EXCELR8 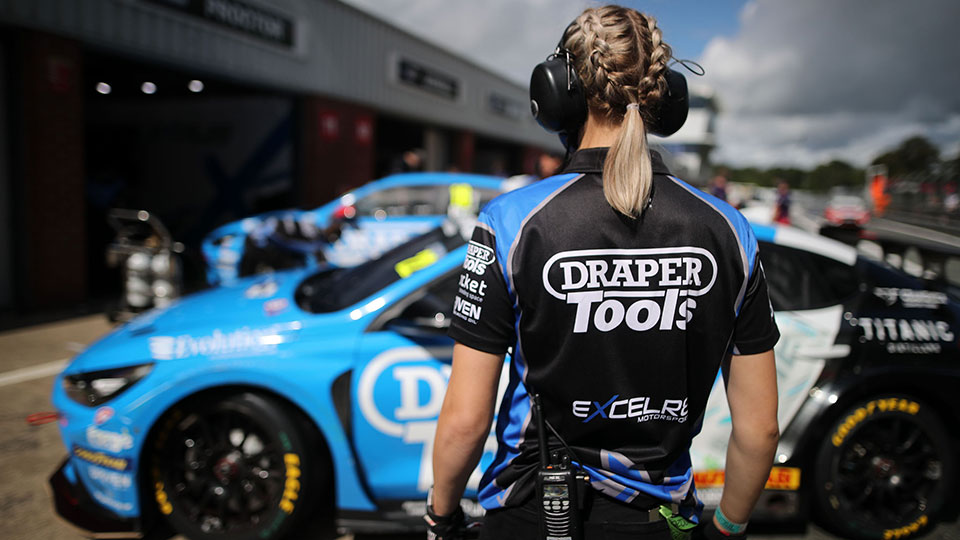 Draper Tools Return for 2021 with EXCELR8

EXCELR8 Motorsport are proud to announce the re-signing of Draper Tools as a primary sponsor for the 2021 British Touring Car Championship.

The Hampshire-based Tool company has been an ever-present part of the EXCELR8 team since their introduction to the series, playing an integral role in the success that they have achieved during the development of new projects this season.

Bringing in the brand-new Hyundai i30 Fastback N Performance for the season, first-ever team to run one on the grid, EXCELR8 have been market leaders in the BTCC and look to and look to take their incredible success to the next level in the new year.

From entering the series for the first time in 2019, EXCELR8 looked to establish themselves among the premier class of motorsport in the UK, building upon their ten years of experience. Switching to the Hyundai’s for their second season has proved a masterstroke, recording their maiden top ten finish, overall podium and reverse grid pole.

Signing two BTCC-race winners to the team, Chris Smiley immediately impressed with a second place in the opening round of the year, having briefly led the race at Donington Park. His teammate Senna Proctor would continue that success at Knockhill, also taking a reverse grid pole and second place. Both Hyundai’s have been an ever-present force inside the top ten throughout the season aiming to mix it with the front-runners.

Now an established force in the BTCC, EXCELR8 will further expand in 2021 as they partner with Trade Price Cars for the new season, bringing in a further two Hyundai’s for a championship charge. Draper Tools are the latest of the essential cogs to join this partnership that will be aiming for overall glory in the near future.

Draper Tools begun life just over 100 years ago in 1919 and is one of the UK’s foremost tool distributor. A company with leading aspirations, they have been a prominent part of the bright blue Hyundai’s.

Team Owner Justina Williams was ecstatic with the news, saying;

“To continue working with Draper Tools after such a successful season proves how much we value their partnership.  Their support has been vital not only during the season, but also during our transitionary opening campaign and the tricky lockdown period, which likewise means we can head into the winter confident for the future, allowing us to focus intensely on improving the car.

“A hard-working British company, Draper have moulded perfectly into the core DNA of the EXCELR8 team and we hope to further reward them in time. Thanks to them, we have achieved our first silverware in the BTCC, a dream for so many of us working in the organisation.”

“We’re delighted to confirm our involvement with one of the BTCC’s rising stars for another year. We were present at the start of the British team’s journey and two years later look to be on the verge of clinching our maiden race win with them.

“With the new regulations coming in during 2022, we are confident we have made the right call with a team that appears to only be on the up. Thanks to EXCELR8 and the ITV coverage, the Draper name has been broadcast to over a million people around the country which helps maintain our position as market leaders, working together to develop key client and supplier relationships.”