Dan Zelos up for the fight after Brands success 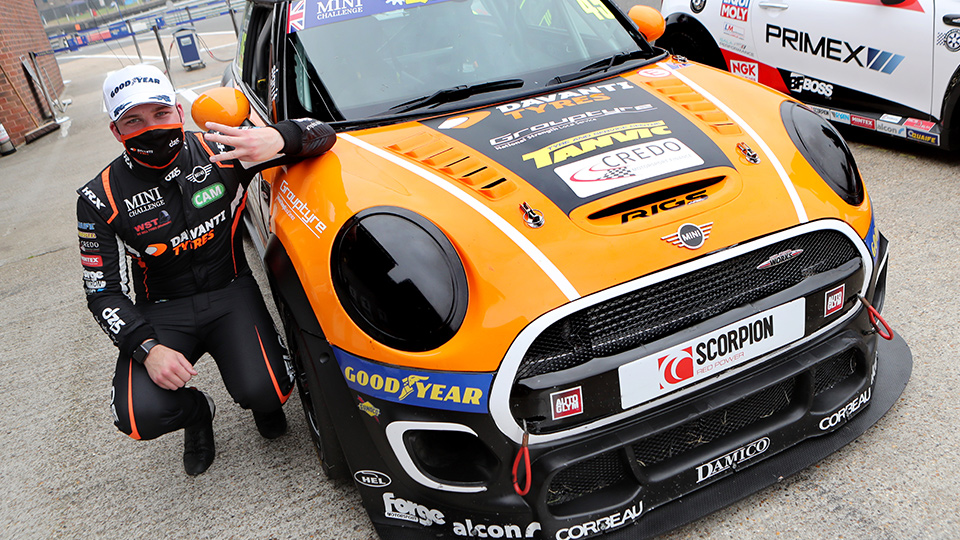 Dan Zelos up for the fight after Brands success

Dan Zelos has warned his rivals he is “up for the fight” after ending his Quaife MINI CHALLENGE win drought at Brands Hatch.

Zelos hadn’t taken victory in the series since Donington Park back in 2019 despite finishing as runner-up in the points last season, and was keen to try and get back on top of the podium having missed out on silverware in the opening rounds of the campaign at Snetterton.

On the back foot for the three races after a damper failure in qualifying, Zelos battled his way up to seventh in race one after a lengthy tussle with Kenan Dole and then made further progress in race two as he crossed the line in third spot for his first podium of the year.

Promoted into second post race after the exclusion of Jack Mitchell from the results, Zelos capped a strong weekend with a fine drive from fifth to first in the reverse grid finale, battling to the front within four laps and then edging away from the pack behind after an early safety car period.

It means Zelos has now put more points on the board than anyone else this season, although the early dropped scores leave him third in the standings.

“It feels like a big weight has been lifted from my shoulders this weekend, because I’ve proved to myself and everybody else that I can still win races and that we’re up for the fight,” he said

“Although we scored a lot of podiums last year, not getting a win did prey on my mind – and I didn’t think it was going to happen at Brands Hatch, either, after the way qualifying went.

“It had been a long time coming, and it was a great way to reward all the EXCELR8 guys and girls who put in so much hard graft all weekend – I’m incredibly thankful to each and every one of them. We can really begin building some momentum from this, because I certainly don’t plan on stopping now. The championship starts here!”