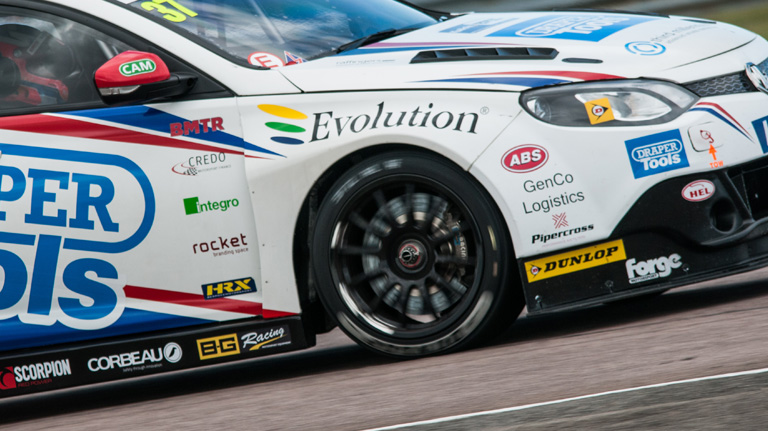 EXCELR8 Motorsport’s plans for its second Kwik Fit British Touring Car Championship season continue to go from strength to strength with the news that Credo Asset Finance will extend its support of the team into 2020 campaign.

EXCELR8’s maiden BTCC year has only been possible thanks to the support of its key team of Brand Partners, and Credo – a leading financial specialist based in Norwich, Norfolk – is an important part of both the team’s operations and development.

Credo specialises in a wide range of financial solutions, assisting industry sectors such as construction, agriculture, technology and renewable energy as well as automotive and motorsport products.

Credo has already been a cornerstone of EXCELR8’s continued progress across its maiden BTCC season and will extend its support as the squad prepares to take another step up the pecking order in the top level of British motorsport during 2020.

EXCELR8’s multiple entries into the MINI CHALLENGE, which will join the BTCC support bill for the first time next year, will also benefit from extended support from Credo as part of the deal. EXCELR8 plans to field cars within the top-flight JCW category as well as the Cooper categories next term.

EXCELR8 Team Owner, Justina Williams, said: “It’s fantastic to extend our partnership with Credo Asset Finance for the 2020 season. Our efforts in the BTCC simply wouldn’t be possible without the support of our brilliant partners, and Credo has been a big part of our success on and off the track so far. We’re already gearing up for a bigger and better second season in the top series of British motorsport.”

Credo Asset Finance Managing Director, Simon Gray, added: “Extending our partnership with EXCELR8 was a no-brainer for us. This will be our third season with the team and the decision was easy as we monitor business received from our connection and generally see a 4x investment reward! Justina works tirelessly to connect us with the team’s contact sphere and other supporters to ensure we get business that’s directly attributable to the relationship.”