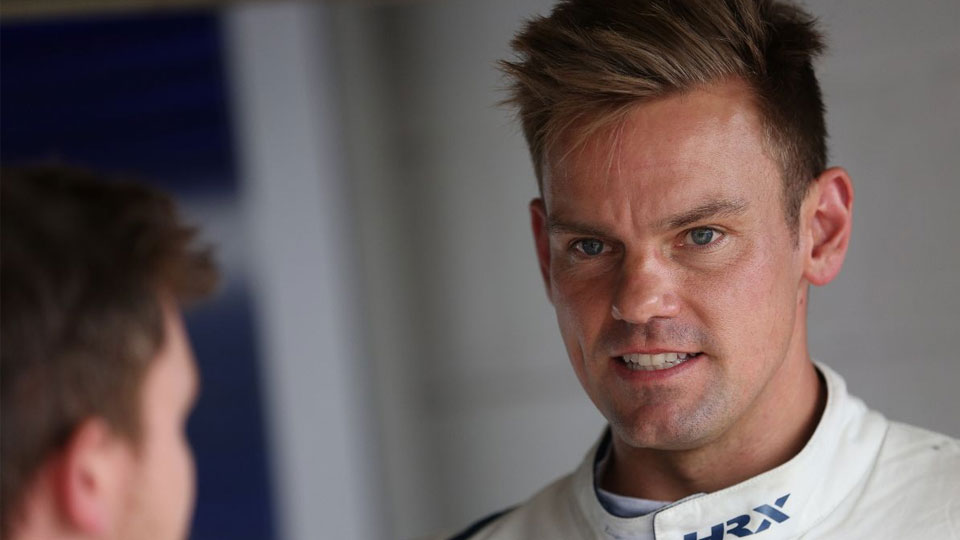 Bristol Street Motors with EXCELR8 TradePriceCars.com can today confirm that it has reached an agreement with multiple race winner Tom Chilton that will see him continue with the team into the 2023 British Touring Car Championship season.

The vastly-experienced 37-year-old joined forces with the Suffolk-based squad earlier this year, marking his return to front-wheel drive after a tricky 2021 season in a rear-wheel drive BMW.

Having scored tenth place on his first outing in EXCELR8 colours at Donington Park, Tom endured a tricky opening half to the year as he worked to get up to speed in the title-chasing Hyundai i30 Fastback.

Working hard with the team on a number of refinements to the car, a productive two-day test at Snetterton during the summer break allowed Tom to get the car more suited to his driving style – leading to a noticeable upturn in speed over the second half of the campaign.

Regularly showing top ten pace from that point onwards, Tom produced his most competitive displays on track at Silverstone – where he secured his best result of the season so far in the final race of the weekend.

Heading to his home circuit of Brands Hatch this weekend for the season finale, Tom will look to try and end his year on a high before focus turns to 2023 and his bid to add an overall BTCC title to the Independents crown he clinched back in 2010.

As part of the team’s ongoing development programme with the Hyundai, and in the continued push for success on track, Tom will be at the wheel of a new i30 Fastback N that will be built over the winter to replace his existing car, which scored EXCELR8’s first ever BTCC podium on its debut weekend back in 2020.

The build of the new car – which will incorporate a number of improvements as a result of the work carried out this season – is already underway, with an upgrade programme of the other three race cars set to begin following the conclusion of the current campaign.

Tom Chilton, #3 said:
“I’m absolutely delighted to confirm that I’ll be back with EXCELR8 again for a second season, and that we have the opportunity to build on everything we have learned in 2022. The continuity of staying with the same team is something that I have lacked over the last few years, but having now agreed this extension, I truly believe that people are going to see a very different Tom Chilton on track in 2023.

“This year, a lot of time has gone into developing the Hyundai to give me what I need from a car, and the improvement in pace has taken me closer to where I want to be – and where I know I should be. All of that work behind the scenes can now be carried over into the new car, and it means I’m going to be in much stronger position going into the new season; arguably the strongest position I’ve been in for a while.

“We have a real platform to build on, and I’m confident that we will be running in the top ten from the start and that I will be back in the mix for silverware. I want to get back onto the top step of the podium, and without doubt, this is the best place for me to try and achieve that goal.

“While I’m looking forward to strengthening my relationship with the team, it’s also exciting to know that I’ll be working with Bristol Street Motors again as they have been hugely supportive this year. I’m confident that together, we can make a real success of 2023.”

Justina Williams, Team Owner, said:
“It’s fantastic for us to be in a position to confirm that Tom will be racing with us again in 2023. The knowledge and experience he has been able to bring to the team this season has been hugely important, and his input has played a key part in the success that we have enjoyed on track.

“Tom’s record in the championship speaks for itself and with a season under his belt in the Hyundai, we’re looking forward to seeing him challenging towards the sharp end of the BTCC grid again in 2023.”