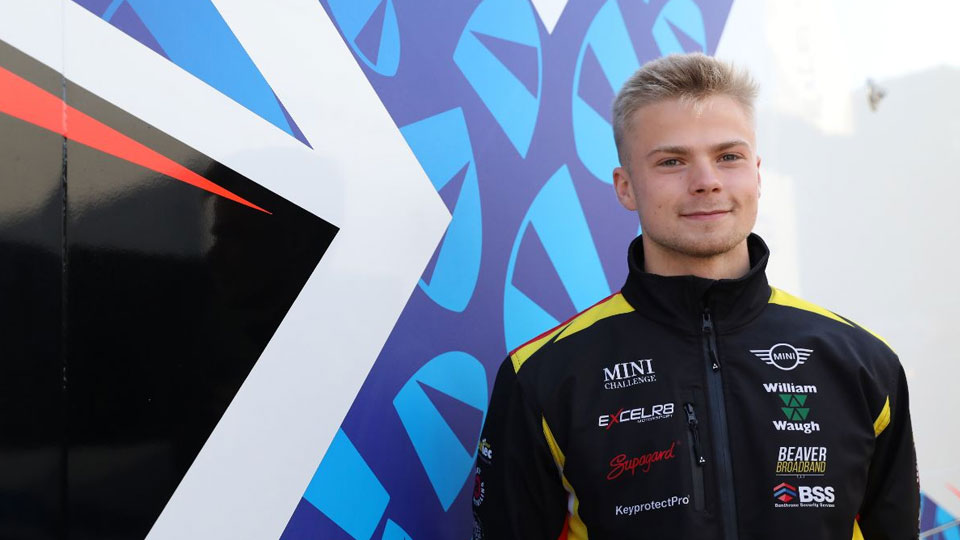 The 21-year-old from Kelty, near Dunfermline, joined EXCELR8’s Young Driver Programme in late 2021 when he signed up with the Suffolk-based squad for his third season in the highly competitive Quaife MINI CHALLENGE.

As part of the Young Driver Programme, Ronan was able to benefit from spending time alongside EXCELR8’s title-winning BTCC outfit over the course of the year, offering him the chance to gain valuable insight into what it takes to be successful in Britain’s premier racing series.

In his Development Driver role, Ronan will get the opportunity to sample the Hyundai i30 Fastback N that carried Tom Ingram to the 2022 BTCC title during an official test during the new season.

Ronan’s full-time racing programme will see him continue to compete in the JCW category of the Quaife MINI CHALLENGE, where he finished in an impressive fourth place this year.

Having taken a maiden win in the series at Donington Park during the opening meeting of the campaign, Ronan would go on to score two further victories on home soil at Knockhill – where he also stormed to an impressive pole position.

A championship contender until the final meeting of the year, Ronan ended the campaign with eight podium finishes to his name as he helped EXCELR8 to wrap up the Teams’ Championship title.

Ronan Pearson said:
“I’m delighted to have signed this new deal with EXCELR8 as I really wouldn’t want to be anywhere else. The guys and girls in the team are absolutely incredible and over the past twelve months, they have allowed me to make constant progress to take my career to new heights.

“This season I’ve shown that I am capable of winning races and putting together a championship challenge, and there is no doubt that the title has to be the goal for 2023. I just need to get my head down and keep working hard. and hopefully we will be able to build on the platform I’ve put in place this year.

“The opportunity to not only return to the JCWs to chase the title in 2023, but to also strengthen my ties with the BTCC team, is really pivotal for me as a driver as my goal is to try and make it onto the touring car grid for 2024.

“The chance to test the Hyundai and to work even more closely with the BTCC team will hopefully be a bit easier given I know a lot of them from the junior role I held last year, and it’ll be good to see how I shape up against the rest.”

Justina Williams, Team Owner, said:
“Ronan was a fantastic addition to our JCW line-up this season and we’re delighted to confirm that he will be with us again for 2023. Having seen the way in which he developed into a consistent front-runner in what was a very strong field, I have absolutely no doubt that he will be one of the drivers to beat as we look to challenge for the championship title.

“Alongside that, we’re also pleased to announce that he will strengthen his ties with our championship winning touring car team, which will include getting behind the wheel of a BTCC car for the first time.

“As someone who clearly has the talent and the desire to compete in touring cars in the future, it will be interesting to see how he compares to the established order when his test takes place.”