Bristol Street Motors with EXCELR8 TradePriceCars.com out to impress as season hits half way 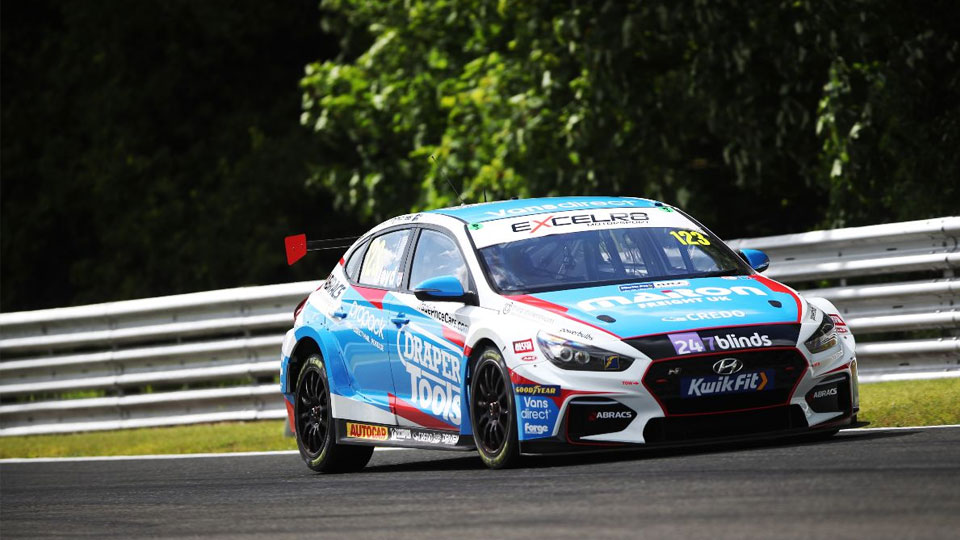 Bristol Street Motors with EXCELR8 TradePriceCars.com out to impress as season hits half way

Bristol Street Motors with EXCELR8 TradePriceCars.com will aim to end the opening half of the Kwik Fit British Touring Car Championship season on a high this weekend when the series heads to Croft for the fifth meeting of the year.

The Suffolk-based team makes the long trip to North Yorkshire at full strength after a herculean effort over the past two weeks saw the Hyundai i30 Fastback N of Daniel Lloyd rebuilt following a 43G incident in the previous event at Oulton Park.

The team has burned the midnight oil alongside chassis specialist Willie Poole Motorsport to repair the damaged car, with Daniel having been passed fit to race after undergoing medical checks.

The 30-year-old will be keen to put the incident behind him and return to the kind of form that had seen him score points in every race to that point to sit ninth in the championship standings.

Daniel has a strong record at Croft having scored his only BTCC victory to date at the circuit back in 2018, with his goal being to try and repay those who have helped to keep his championship campaign on track in recent weeks.

Tom Ingram continues to lead the team’s challenge in the championship standings after a fine double win at Oulton Park last time out took him to three wins for the season so far – matching his tally for the full 2021 campaign.

Ingram – who will make his 250th BTCC start in the opening race – was one of the stars of the weekend last year, after fighting back from a challenging qualifying session that left him outside the top 20 to grab a pair of top four finishes.

Like Lloyd, Ingram is a previous winner at Croft and has taken three further podium finishes, with his goal for the weekend being to maintain the front-running form seen in the first four meetings to head into the summer break on a high.

Experienced racer Tom Chilton is the third member of the team to have scored a previous victory at Croft whilst only four drivers on the current grid have taken to the podium more times than the former WTCC racer.

Chilton heads into the weekend seeking to fight back from a challenging weekend at Oulton Park where he showed solid pace on track but was unfortunately forced to retire from two of the three races – leaving him without a point to his name.

After a tricky start to life in the Hyundai, Chilton will hope that this weekend’s action provides him with the chance to push back up towards the top ten so he too can enter the summer break on a positive note.

As previously announced, with regular driver Jack Butel unable to race this weekend due to a personal commitment back in Jersey, former British GT Championship and MINI CHALLENGE title winner James Gornall will step in for a one-off outing in the line-up.

Tom Chilton, #3, said:
“The results so far this season haven’t been what I was hoping for, and the team has put a huge amount of work in since Oulton Park to make improvements to my car. We’ve decided to go in a certain direction with it, and hopefully we’ll see that it is the right direction when we hit the track this weekend.

“Croft is a great circuit to race on and one where I have gone well in the past with a win and plenty of podiums. I can’t wait to get out on track as I’m sure that the car is going to be an improvement and I’ll be able to go into the summer break with three solid results behind me.

“Of course as a driver, I want to be fighting for trophies but I think the key thing thing this weekend is that we make progress from where we have been, and I want to be up there challenging inside the top ten where I know we should be.”

Tom Ingram, #80, said:
“I’m really looking forward to the weekend and if the performance at Oulton Park is anything to go by, I think we have genuine reason to be excited about what we can achieve.

“We were hampered a bit last season because of the weight we had to carry in qualifying, but we showed as the weekend went on that the Hyundai was a strong package at Croft and we return this year with a car that we know is a step forwards.

“It would be nice if we could aim for a place on the front row of the grid again as that would put us in the best place possible for race day but as ever, we need to see where we stand once we hit the track – and there are also question marks over what the weather will throw at us.

“There is no real reason why we can’t look to try and repeat what we did at Oulton Park and it would be a great way to celebrate 250 races in the BTCC. When I joined the series, it was always with a goal of being here for the long term so it’s nice to reach that landmark. Having scored plenty of wins and podiums so far, hopefully this is the year we can fight for that title.”

Daniel Lloyd, #123, said:
“I have to give massive thanks to the team for getting the car ready to race this weekend as the damage sustained in the accident turned out to be worse than we first feared.

“They have done an astonishing job to get it prepared in such a short space of time and I’m going into the weekend more determined than ever to reward them with some strong results – along with all the other people who have sent messages of support.

“Croft is a circuit that has fond memories for me as the scene of my first win in the BTCC, and hopefully this time around, we’ll once again be able to challenge towards the front as we were doing at Oulton Park prior to race three.”

Justina Williams, Team Owner, said:
“I’m immensely proud of the whole team for the way in which it has pulled together to make sure we are in a position to take all four cars to Croft this weekend as it has been no mean feat given the damage sustained to Daniel’s car last time out.

“Heading towards the half way stage of the season, we’re in a strong position in the standings and the goal this weekend has to be try and at least maintain that position before we go into the summer break.

“We know that we have a strong package this season and we have to try and maximise that once again to challenge for more silverware in the three races.”