Plenty of positives for EXCELR8 on testing BTCC debut 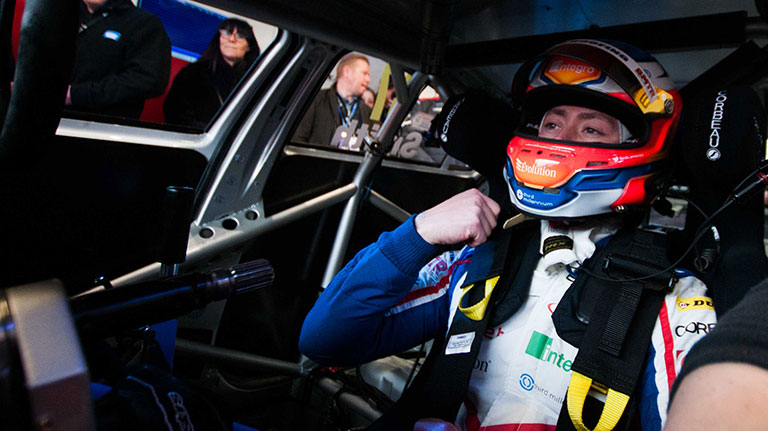 Plenty of positives for EXCELR8 on testing BTCC debut

The first round of the Kwik Fit British Touring Car Championship proved a baptism of fire for EXCELR8 Motorsport, but against the odds the squad left Brands Hatch with respectable results and the sort of pace that confirms there’s far more to come this year.

With two heavily reworked MG6 GT cars, two drivers completely new to the BTCC and a fresh technical crew, the three races around the Brands Hatch Indy Circuit were always going to be tough. But throw in constantly changing conditions and some chaotic races and things became even more challenging.

Neither Rob Smith nor Sam Osborne had completed any wet running prior to the season opener in Kent, so when the heavens opened on Saturday morning before the second free practice session, the EXCELR8 crew’s setup plans were interrupted and the focus shifted to finding performance in the rain.

During the wet qualifying session, Smith led the line, going 25th fastest – just 1.5s off the pole time – with Osborne just behind in 26th.

Race one again presented a conundrum, with heavy fog shrouding the circuit in the morning and intermittent rain presenting a tough tyre choice. Smith opted for slick Dunlops, while Osborne played it safe with wets. It turned out wets were the right call and Osborne made strong progress during the early laps, benefiting from the extra grip as those around him struggled for tyre temperature. He took the flag in 24th, but things were more difficult for Smith. With the track gradually getting wetter, he endured a slow start and two spins and eventually pulled into the pits with flat-spotted tyres.

Race two went more smoothly, with Smith making up ground to finish 24th and Osborne coming home 28th, despite being pinged with a drive-through penalty for creeping over his lines at the start.

But it was race three when the team really showed flashes of its potential. On a fully dry circuit, both cars went out on the softer option Dunlop tyres, and Smith put on a star performance. Having started 24th, Smith kept his head while all around him lost theirs. Having battled past Michael Crees’ Volkswagen, Smith pressured Sam Tordoff’s Honda Civic and harried the multiple race winner and 2016 BTCC runner-up to the flag in a fine 17th place, with his lap times rivalling those of the factory BMWs and Hondas.

Osborne ran strongly in 21st, until a mechanical failure on the rear-left of the car forced him to pull over with a handful of laps left.

“I really needed that result in race three. Considering we’d never run in the wet, or ever run on the option tyre before either, we had a lot to learn. The first race was terrible for me, I must have looked like a bit of a liability, but I kept my head up and it all came together. To finish the weekend with lap times in the leagues of multiple race winners is a brilliant result for us and shows what we’re capable of.”

“This weekend’s been a real baptism of fire to be honest. It’s been a learning session for me because the level in the BTCC is so high. My aim was to keep things clean and complete as many laps as I could. I feel I’ve learned a massive amount this weekend, both about the car and being a BTCC driver. It was a shame about the retirement in race three. I got squeezed onto the kerb at Paddock Hill Bend and felt something in the rear pop, and from then I just couldn’t get the car back. But to finish the weekend with only minor damage is a bonus.“

“It’s safe to say that Brands couldn’t have thrown much more at us. We’ve had pretty much every variable in the book with the mixed conditions. I don’t think the two drivers could have had a more difficult introduction to the BTCC. But the fact they both came through it with the cars in one piece says a lot and we saw great progression across the weekend. We can’t be disappointed with that and I’d say that it’s mission accomplished for round one.“